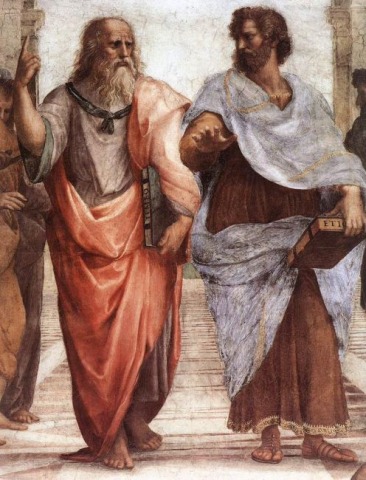 You natural law thinkers seem to be confused about whether natural law comes from God, from nature, from conscience, or from reason.

There is no confusion, only a distinction.  Traditionally, the authority of natural law has been found in the Creator, its content in the design He imparted to us, and the power by which we recognize it in the faculty of reason -- which is also a part of the design, and which includes deep conscience as an element.  In the older natural law terminology, the first is called the "binding norm," the second the "discriminating norm," and the third the "manifesting norm."

Even so, to say that something is right just because it is natural is to commit the fallacy of deriving an "ought" from an "is."

No such fallacy has been committed.  An "is" which merely "happens to be" has no moral significance because it is arbitrary; that's why it cannot imply an "ought."  But an "is" which expresses the purposes of the Creator is fraught with an "ought" already.  Such are the inbuilt features of our design, including the design of deep conscience.

I notice that you've already dropped the language of the three norms.

If it helps, I'll use it again.  Put technically, your complaint confuses the discriminating norm with the binding norm.  It treats nature as providing not only the content of the natural law but its authority.  Natural law thinkers don't do that.

I'm still uncomfortable with this business about "nature" and the "natural."  Didn't Aristotle and many others claim that even slavery was natural?

Isn't that a bit glib?

Not at all.  Slavery is about one being using another being merely as a means to its ends.  A what may use a what, as a spider may eat a fly.  A who may also use a what, as a man may eat a potato.  But a who may not use a who -- and human beings are whos.  The fact that we are whos, not whats, is a feature of our design, and its significance is recognized by deep conscience, which is another feature of our design.  Not even God merely uses us, because He would not dishonor His image.

Slavery was not my point.  What I meant was that many grave moral wrongs have been committed in the name of natural law.

Of course.  In the name of every good evil has been done; in the name of every truth lies have been propounded.  That is how sin works.  Having nothing in itself by which to convince, on what other resources but good and truth can it draw to make itself attractive and plausible?  We must use the natural law to recognize the abuse of the natural law; there is nothing else to use.

You're mixing up two different senses of the word "natural."  People do fly into rages and do murder, but the question is how we are designed.  We are designed with a capacity for anger, to arouse us to the protection of endangered goods.  That purpose is also an aspect of the design, so it doesn't follow that anger should be indulged to such a point that goods are endangered.  Aren't we also provided with brakes?

But we violate nature every time we have a cavity filled!  Isn't it natural for human beings to transcend their natures?

Saying that we violate the nature of a tooth every time we fill a cavity is like saying that we violate the nature of an automobile every time we plug a leak in the radiator.  When we plug the leak, we are fulfilling the design by putting the car back in proper order.  In the same way, filling a cavity restores to the tooth its natural function of chewing.  Healing does not transcend our nature; it respects it.

So you would say that aspirin, surgery to remove a tumor, and cloning "respect" nature, too.

Why not?  Doesn't it assist the natural function of having babies?

Once more:  Our nature is our design.  We are designed to have babies, but we are not designed to have them in that way.  To put it another way, our design includes not only certain ends but certain means.  There is a difference between repairing the reproductive system and bypassing it.

Well, it doesn't seem to be a big deal anyway.

I think it is a very big deal.  When you try to turn yourself into a different kind of being, you are not only doing wrong but asking for trouble.  He who ignores the witness of his design will have to face the witness of natural consequences.

A Dialogue on Natural Law, Part 2