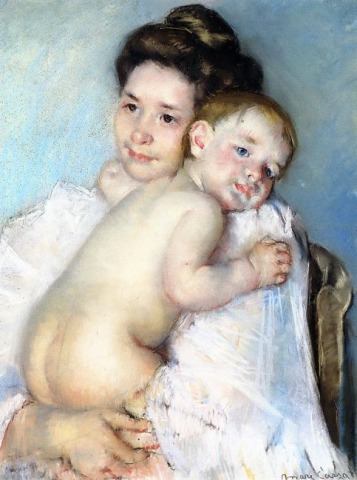 When I show my students the following passage, some of them are unable to take it in.  They think the author must merely mean that pregnancy increases the risk of certain illnesses.  No, that is not what he is saying.  Read it again carefully.  I’ve added boldface for emphasis.

The foregoing discussion should allow us to abandon the erroneous assumption that pregnancy is per se a normal and desirable state, and to consider instead a more accurate view that human pregnancy is an episodic, moderately extended chronic condition with a definable morbidity and mortality risk to which females are uniquely though not uniformly susceptible and which:

-- is almost entirely preventable through the use of effective contraception, and entirely so through abstinence;

-- when not prevented, is the individual result of a set of species specific bio-social adaptations with a changing significance for species survival;

-- may be defined as an illness requiring medical supervision through (a) cultural traditions, functional or explicit, (b) circumstantial self-definition of illness or (c) individual illness behavior;

-- may be treated by evacuation of the uterine contents;

-- may be tolerated, sought, and/or valued for the purpose of reproduction; and

-- has an excellent prognosis for complete, spontaneous recovery if managed under careful medical supervision.  [He means the woman gives birth to the child.]

Accordingly, the open recognition and legitimation of pregnancy as an illness would be consistent with the individual self-interest of those experiencing pregnancy, good standards of medical practice, and the continued survival of human and other species.

This is the entire conclusion of an article by abortionist Warren M. Hern, M.D., "Is Pregnancy Really Normal?"  But his opinion is not really unusual; he merely states it more bluntly than most people who think his way do.

Tomorrow:  Is and Ought Again