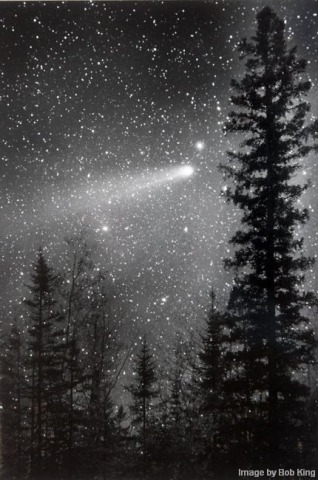 Modern thinkers suppose that only a mind, mysteriously shut into itself yet somehow conscious of an “outside” world that it can never reach, can be truly said to have an interior life. Because of this prejudice, we view all things other than minds as mere mechanisms, assemblies of moving parts, fully accessible to inspection, if only we have the right instruments. (Physicalists view even minds that way, but that is another story.)  This way of thinking may lead us to suppose that when Thomas Aquinas speaks of an irrational creature’s inward active principle, at most he means that in order to see some of its movements, we have to open up the inspection panels and expose the clockwork. Or -- if we realize that he does mean something more -- we may consider him confused, as though he were attributing mental properties to non-mental things.

But St. Thomas does not share our prejudices. For him, inwardness or interiority is not a psychological but an ontological fact. He is not in any doubt about the possibility of metaphysics, of a science of what is. Yet he holds that all things, or at any rate all substances, have, so to speak, an inward life known only to God, which metaphysics can acknowledge but cannot reach. The problem is not that we cannot define essences, but that even when we define them correctly, we do not penetrate to that intimate level at which God knows them; “our manner of knowing is so weak that no philosopher could perfectly investigate the nature of even one little fly.”  This is what Leo Elders has in mind when he writes,  “Aquinas’ metaphysics is a metaphysics of interiority in this sense that in their most intimate depth things are touched by God and flow forth from his causal action. They strive to attain God in whatever they do and pursue ... This Divine causality and cooperation ... works from the inside and depth of things and their actions .... Those who fail to discover this metaphysical dimension of reality and their own being, remain at the surface of things.”

The idea of interiority is more often associated with the later Scholastic thinker, Duns Scotus, because of his theory of haecceities or individual essences, popularized by the poet Gerard Manley Hopkins through his term “inscape.” But Scotus went too far. One does not need individual essences to make sense of individuals; worse yet, the hypothesis of individual essences makes it difficult to see how different individuals could have a shared essence, a common nature – it makes it seem that individuals are all that exist, and such things as humanity are but constructs of the mind. By contrast, although St. Thomas recognizes that each individual is distinct, he thinks we owe the particular texture of our inwardness precisely to the kinds of beings we are. That tiny fly, which the philosopher has such difficulty understanding, has a different inner life than a man, just because it is a fly, and he is a man.