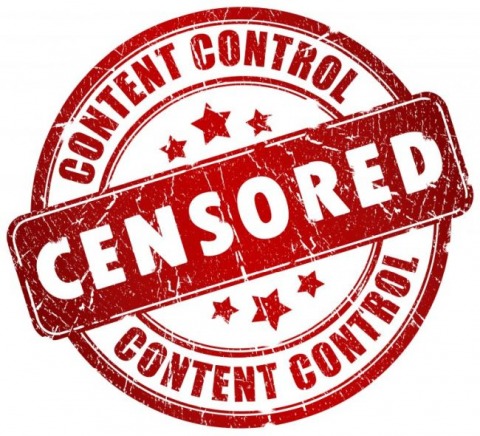 Now the cancel culture has reached the United States Constitution.  A Con law professor writes in The Hill that it is time to expunge its “gendered and racist words.”

Some days in the classroom, I feel as though I am trying to stuff hot air back into a balloon.  I am not one of those who are angry with the language and wish to punish it, and I draw a line at the mass execution of innocent words.  I work hard to teach my students to read philosophical, literary, and legal documents as they were meant, rather than from the perspective of Newspeak language fads.

First the scholar writes that the Constitution “counts a slave as ‘three-fifths’ of a person.”  If I had a nickel for every time a propagandized student has repeated that one to me, I would be able to endow a chair in Constitutional law myself.

The number of a state’s representatives is proportional to its population.  Pro-slavery delegates wanted slave states to be able to count 100% of their slaves for purposes of apportionment so that they would have greater influence in Congress.  Anti-slavery delegates didn’t want slave states to be able to count slaves at all, because they didn’t think the barbarous practice of slavery should be rewarded.  The three-fifths compromise was the best they could get.  It wasn’t against the slaves, but for them.

There are two possibilities, both equally shameful.  One is that the professor does not know this.  The other is that he knows it, but conceals it.

Next the professor writes that the Constitution “tells us that men alone can be president, referring only to ‘he’ or ‘his’ when referring to the presidency.”

Contrary to what the language police may tell us, in English, the pronoun “he” has traditionally been understood to refer to a person of either sex, except where the context clearly indicates the masculine.  It is already inclusive.  If the professor chooses to speak and write differently, he may do so.  I wish he would extend the same courtesy to the Framers.

“Imagine how schoolchildren must feel when they read the Constitution in their basic civics course,” writes the professor.  “Some will be made to feel less than welcome in their own country.”

They will certainly feel that way if we keep telling them whoppers about what the language means.