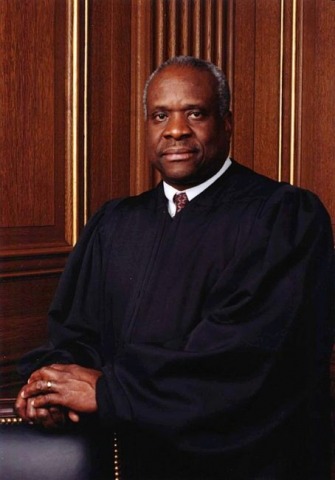 This is about being mean.  Let me explain.

Supreme Court Justices sometimes pose questions about hypothetical situations during oral arguments.  Of course, a court does not have the same degree of license to consider hypotheticals in settling a case that a legislature has to consider them in making a law.  Still, jurists have to pose some hypothetical questions in order to discern what kind of precedent they are being asked to set.  Would they be able to live with it in the future?

Carson v. Makin, a case decided in summer 2022, concerned whether a state which offered private school tuition assistance to some parents could deny it to parents who chose private religious schools.  After several of the other Justices expressed fears that religious schools are divisive, Justice Thomas posed the following hypothetical question.

Well suppose that a school is affiliated with a religious group and they say, “We do infuse our religious beliefs into all aspects of the community, but our salient religious beliefs are that all people are created equal and that nobody should be subjected to any form of invidious discrimination, and that everybody is worthy of respect and should be treated with dignity, and that everybody has an obligation to make contributions to the community and engage in charitable work.  Those are our religious beliefs.  And we don’t really have any dogma, but these are principles that we think our students should keep in mind consistent with the religious outlook of our community.”  Would that school be disqualified?

The attorney who was defending the state was clearly uncomfortable.  He squirmed.  He said that it would be an interesting problem if it ever came up, but that it hadn’t come up.

When I had my students read the oral arguments, I thought that they would be annoyed with the attorney for his evasiveness.  Answer the question!  Some were, but a fair number had the opposite reaction.  They thought that just by posing the question in the first place, Justice Thomas was “badgering” the attorney -- that he was being mean to him.

Their hostility to hypothetical questions surprised me.  What else is one supposed to do in oral arguments?  I’ve considered two possible explanations their reaction.  No doubt there are others, but these are the two that seem plausible.

The first possibility:  The snowflake syndrome.  As you may have heard, quite a few students these days are extremely uncomfortable with hard, fair give and take.  I suppose this kind of conversation is an acquired taste.  It used to be acquired in the course of education, but we hardly educate any more.  Consequently, these students view being questioned as being “judged,” and they want everyone to hold hands and play nice.  This insistence on niceness – as they define niceness -- is pretty exclusionary.  It has the rather awful consequence that whatever the dominant view may be, it cannot be challenged.  Perhaps, then, the students who were hostile to Justice Thomas’s line of inquiry were reacting along snowflake lines.  Justice Thomas’s challenging questions may have seemed “threatening” to them.  They might have thought he was practicing “microaggression.”

But I don’t think that was it.  I lean more toward the second possibility:  Situationalism.  Perhaps the students who viewed hypothetical questions as “badgering” simply didn’t believe in universal rules.  To explain:

Ordinarily we say that relevantly similar cases should be treated the same way.  If we say “Don’t kill that man – it’s murder, because it’s a deliberate taking of innocent human life,” we are saying that we shouldn’t just hold back from killing that man – we should hold back from any act which fulfills the criteria of murder.

Naturally, if you believe in treating relevantly similar cases the same way, you will find that hypothetical questions can often be helpful.  I don’t mean silly ones, like “What if the teachers in that school were Martians?” or “What if the students were brains in a vat?”  I mean reasonable ones, like “What if the school was associated with a religion which taught Q?”, when there are, in fact, religions which teach Q.

But situationalists believe that there are no relevantly similar cases.  Every situation is unique.  Therefore, when we decide what to do in this situation, what we might do in other situations is irrelevant; to decide is just to decide.  All we have to go on is the seat of our pants.  In this view, it isn’t just that some rules have exceptions.  It’s that all rules have exceptions -- so many exceptions that there is no point in having rules.

Of course we could try to do without rules.  We could abolish laws and have only judges, sages who decide each case in complete isolation from every other case.  The Western tradition has wisely rejected this path.  We proclaim “the rule of law, not the rule of men.”  Another way to say it is that our tradition is not situationalist – and that not being situationalist is a very good thing.

Being a snowflake is a character trait.  Believing in situationalism is a philosophical position.  I wonder, though, whether there is a relation between them.  Snowflakes may be predisposed to believe in situationalism.  Situationalists may have a hard time not acting like snowflakes, because the expectation of consistency will seem so unreasonable to them.