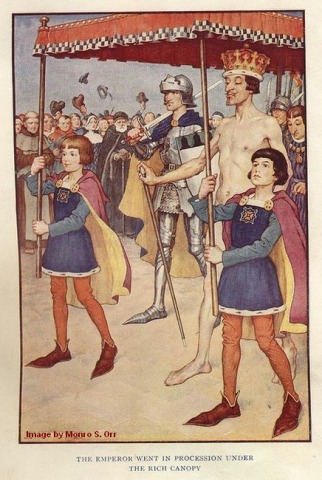 The following inquiry came from a young man in prison.  I get the same one from students.

This may seem a stupid question, but it comes up often when I talk with people.  If I say we should be try to be good people or good friends or whatever, I’m often told “What you call a good person or good friend is only your idea of what’s good.  It’s just your subjective opinion.”  So, how do we know that what we say is good is anything other a subjective feeling with no real reality behind it?  I need help responding to this argument.

The subjectivist thinks that when we say something like “It’s not good to cheat our friends,” all we are really saying is “When I consider cheating friends, I have bad feelings.”  They say someone else might not have those feelings, and they take the silly pose that feelings are neither right nor wrong.

Trying to prove that there is a difference between appropriate and inappropriate feelings is a little like trying to prove that down is different than up.  I don’t think people are really unaware of the difference.  They are merely in a state of highly motivated confusion; they don’t get it, because they are trying not to get it.  Subjectivism is just too convenient for excusing what we’ve done.

So the aim of the discussion has to be calling attention to the obvious.  The best way to do this is usually to turn the tables.  Your subjectivist opponent has no clothes; point this out to him.  Put him on the defensive.

Suppose you’ve just said that good friends don’t lie to each other, and someone says “That’s just your view of being a good friend.”  Turn it around!  There are a lot of ways this might go.  Here’s an example.

You:  Okay.  So in your view good friends do lie to each other?  Do you lie to your good  friends?

That may be enough; maybe not --

Him:  That’s not the point.  I’m saying that if someone did think good friends lie to each other, his view would be just as valid.

You:  So you think everyone’s views are equally valid?

You:  How much is two plus two?

You:  If I thought two plus two is five, would my view be equally valid?

Now that may be enough, but still it may not --

Him:  This isn’t arithmetic.  It’s friendship.

Him:  Because people disagree about friendship.

You:  Don’t they disagree about arithmetic?

Perhaps the other fellow still wants to argue --

Him:  I don’t know what to say to you if you don’t see that values are subjective!

You:  I can think of something you can say to me.

You:  You might ask me why I think good friends don’t lie to each other.

Him:  There aren’t any answers to that.  It’s just one person’s opinion against another’s.

Him:  Why should I do that?

You:  Who knows, maybe I’m wrong!  Help me find out!  But we won’t know what’s right unless we ask.

Him:  All right.  Why do you think good friends don’t lie to each other?

Him:  Best how?  Maybe I prefer some other kind.

You:  Best for the same reason that for hungry man, a full meal is better than a half meal.  It’s more complete.

The other fellow might still be stubborn, but you can turn the tables --

You:  Okay, then.  My turn.  Why do you think good friends do lie to each other?

Him:  I told you.  I’m not saying it’s my opinion.  I’m saying it might be somebody’s opinion.

You:   Okay, what reason might somebody who did hold that opinion give for it?  Maybe we can compare reasons and see which ones are more convincing.

And if all else fails, there is always this.  It won’t magically change the other fellow’s mind, but it might plant a question in it --

You:  Wouldn’t that make “it’s all subjective” just your subjective opinion?

See how this can go?