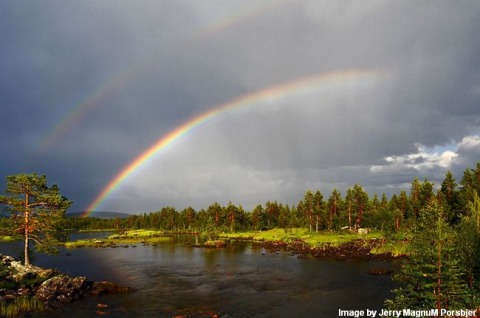 Bonus link:  Video of my talk at BYU

If Deniers of the Moral Basics Really Do Know What They Deny – So What?

Why is moral denial such a grave matter?  At the beginning of the series I mentioned one reason:  It vitiates moral conversation and degrades the practice of philosophy.  But there is another reason too.

Consider the driver of an automobile.  Ordinarily, the threat of civil punishments like traffic fines and the deprivation of license discourage people from driving recklessly.  But they only have this effect up to a certain point of corruption in the will.  For consider someone who drives recklessly anyway.  After a certain number of punishments, his license is taken away.  After a certain number of punishments for driving without a license, his vehicle is in danger of impoundment.  The risk of losing his vehicle may excite a person like this to drive even faster and more recklessly than before, just to keep the policeman from catching him.  Paradoxically, the threatened penalty crosses the line from inhibiting violation to encouraging it.

I suggest that something like this happens with the penalties of conscience too.  You would think that the terror of having to live with oneself afterward would deter everyone from involvement in abortion.  But one who will not face conscience as a teacher must face it as an accuser, and in this way it urges him to yet further wrong.  Consider the woman who told her counselor "I couldn't be a good parent," amended her remark to "I don't deserve to have any children," and still later revealingly added "If it hadn't been for my last abortion, I don't think I'd be pregnant now."[19]  This hieroglyph is not hard to decipher.  When she says she could not be a good mother, what she means is that good mothers do not kill their children.  She keeps getting pregnant to replace the children she has killed; but she keeps having abortions to punish herself for having killed them.  With each abortion the cams of guilt make another revolution, setting her up to have another.  She can never stop until she admits what is going on.

What this shows is that if we do not authentically repent and carry out the movements of confession, reconciliation, atonement, and justification in good faith, we may actually be driven to plunge deeper into wrongdoing instead of backing off from it.  The example I have just given arise from trying to atone the wrong way, but the same dreadful dynamism operates when we confess, seek reconciliation, or try to justify ourselves the wrong way.  Confessing the wrong way becomes a strategy for recruiting to the Movement.  Reconciling the wrong way means that instead of giving up the wrongdoing that separates me from man and God, I demand that man and God approve of it.  Justifying myself the wrong way drives me toward new evils that it was no part of my original intention to excuse -- if in order to make abortion seem right I must commit myself to premises which also justify infanticide, then so be it!  In such ways, not only does moral conversation become dishonest, but the whole society may be thrust out of moral equilibrium.

19.  This anecdote follows the same pattern as many others passed on to me by crisis pregnancy counselors.