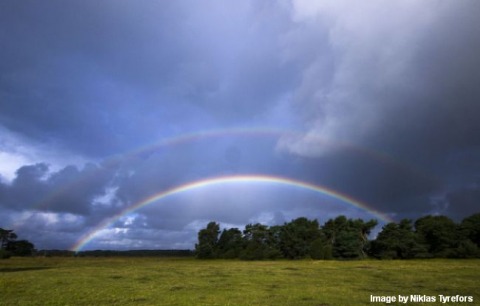 What Is to Be Done?

If Thomas Aquinas is in thinking that the most general moral principles are the same for all as to knowledge, then whenever one does deny them, he knows better.  This fact makes it crucial to distinguish between honest objections and smokescreens.  Honest objections are brought by persons who are in real perplexity and want to get out of it; smokescreens by persons who are in fictitious perplexity, and in whom the essential ordering of the human being toward knowing the truth is at war with the accidental motive not to know it.

The hypothesis that those who deny general moral principles are self-deceived makes many people who take philosophy seriously deeply uncomfortable, for it seems to them to spell an end to philosophy.  After all, even if the statement “You are self-deceived” is true, it does not refute the proposition, “There are no true moral universals.”  So what do you do with someone who is in denial?  And how do you make sure that you yourself are not in denial?  It sounds like a problem not for a philosopher but for a psychological therapist.   Unfortunately, therapists are even more helpless here than the rest of us.  In the first place, a therapist can treat a person only if the person recognizes that he has a problem and submits himself for treatment.  The persons we are talking about don’t; no one says “Help me, doctor, I’m a selective relativist.”

Curiously, such persons often do say “Help me, doctor, my life has no meaning,” but although they complain of meaningless in general, when it comes to meaningless in morals they are more likely to boast than to complain.  Besides, the theories of psychological therapy prevalent in our day tend to be just as deeply immersed in non-judgmentalism and the rejection of moral universals as the rest of the culture is, if not even more.  So I think the ball is in our court.

If it is really true that the obstacles that prevent intelligent persons from recognizing true moral universals lie not mainly in the realm of the intellect, but mainly in the realm of the will, how can such persons be reached?  Perhaps by a mode of conversation that addresses not just their intellects but also their wills; say, by conversational moves that somehow help them to become aware that they are, in fact, in denial.  But does that kind of conversation even belong to philosophy?

It certainly belongs to the teaching of philosophy.  A student said to me once, “Morality is all relative anyway.  How do we even know that murder is wrong?”  Once upon a time I would have tried to convince him that murder is wrong, but one cannot convince someone of something he already knows.  So I asked, “Are you at this moment in real doubt about murder being wrong for everyone?"  After a long pause, he said "No, I guess I’m not.”  I replied, “Then you aren’t really perplexed about whether morality is relative after all; you only thought you were.  Can you suggest something you are perplexed about?"

On another occasion, I remarked to a student, “Did you realize that you’ve just taken an incoherent position?  You say truth can’t be known, all the while supposing that you know it can’t.”  “I guess I am being incoherent,” he replied.  After thinking for a moment, he added, “But that’s all right, because the universe is incoherent, and I don't need to have meaning in my life.”  I thought he knew better than that.  So I said, “I don't believe you.  You know as well as I do that the longing for meaning and coherency is deep-set in every mind.  So the real question is this:  What it is that is so important to you that you are willing to give up even meaning and coherency to have it?"