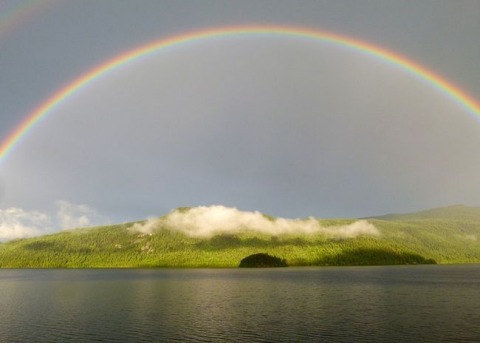 If conversations like those I reported last time are part of the teaching of philosophy, why shouldn’t they be part of philosophy?  Socrates, the ancestor of all philosophers, thought they were.  If we strip out the dialogue from his dialogues, boiling away the spiritual combat and leaving only a dusty residue of syllogisms, then we miss much of their point.  Figuring out what their point is requires a philosophical analysis of something we might have preferred not to consider a philosophical problem at all.  We find this to be true of some of the conversations in the New Testament as well, such as the dialogue between Christ and the woman at the well in the fourth chapter of the Gospel of John.  On the surface it seems like a series of non sequiturs, but really it is a duel of feints, thrusts, and ripostes.

Such conversations are likely to be full of paradoxes.  For example, getting through to the denier will sometimes require a great deal more than presenting a sound argument to him.  But on the other hand, sometimes it may require presenting less.  The mere tender of arguments to someone who is determined to remain self-deceived is more likely to provoke him to cleverness than to stir him to wisdom.  Just because he is still talking, we may think we are getting somewhere, but he is merely generating objections for their own sake.  For him, the conversation is not so much a means of attaining truth as a sophisticated means of avoiding it.

One thing this suggests is that what might be called the purely professional way of doing philosophy is a mistake.  By the professional way, I mean the attitude which separates the intellectual from the moral virtues, which separates what I am doing from what kind of person I am.  Philosophy is only accidentally a profession.  It is essentially a vocation.  Characteristic of any vocation is that in order to pursue it I must do more than acquire a certain set of abilities; I must try to become a certain kind of person.  If I do not practice the moral virtues, then I acquire an interest in justifying myself without being just.  This is a disincentive to discovering the truth.  So I must either try to be a better man, or stop pretending that I want to know the truth.

The hypothesis of moral denial also underscores the importance to both sides -- both deniers and anti-deniers -- of reaching the young first.  Virtue has a reason for reaching them first because if they develop vicious dispositions, they will probably become deniers themselves.  But vice has a reason for reaching them first because it cannot have them thinking straight.  For the denier has an interest in converting others into deniers.  If he allowed the new generation to think straight, they might join his unmaskers.  His troubled conscience therefore defends itself against exposure by surrounding itself with a ring of recruits.

To know truth, I must be converted into truth.  I think this is what Socrates had in mind.  But alas, I resist.

Link to the beginning of this 14-part series