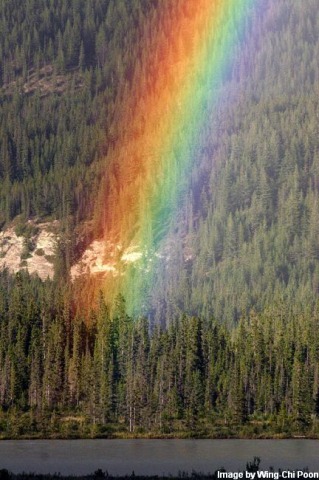 What About Those Ignorant German Tribesmen?

What do I mean by the proper reading of the notorious passage of St. Thomas Aquinas which seems to say that the German tribesmen didn't know that theft was wrong?  Here is what he actually says:  "Thus formerly, latrocinium, although it is expressly contrary to the natural law, was not considered wrong among the Germans."  Although the Dominican Fathers translation renders latrocinium as "theft," actually the term latrocinium does not refer to theft.  St. Thomas carefully distinguishes furtum, theft, which is unjustly taking another's property by stealth, from rapina, robbery, which is unjustly taking another's property by coercion or violence.[6]  It turns out that latrocinium is neither theft in general, nor robbery in general, nor even a particular kind of theft, but a particular kind of robbery.  The term is best translated "banditry" or "piracy."  A latro, in Roman law, was an armed bandit or raider.

If we turn to St. Thomas’s source, the sixth book of Julius Caesar's Commentaries on the Gallic Wars, we find right away that the Germans were very much aware of the wrong of both furtum and latrocinium.  In fact, Julius remarks that the Germans considered such crimes as theft and banditry so detestable that on those occasions when they burned victims to propitiate their gods, they preferred to burn the perpetrators of such crimes:  As he put it, “they consider that the oblation of such as have been taken in furto, or in latrocinio, or any other offence, is more acceptable to the immortal gods.”[7]

But if the Germans did know the wrong of latrocinium, then what can St. Thomas be thinking?  We don’t have to look far for the answer.  When he claims Julian authority for the statement that latrocinium "was not considered wrong among the Germans," what he doubtless has in mind is a somewhat later passage in the Commentaries, where Julius explains that the Germans approved not of banditry as such, but only of a particular kind of banditry, raiding against other tribes.  Here is what Julius says:  “Latrocinia which are committed beyond the boundaries of each state bear no infamy, and they [the Germans] avow that these are committed for the purpose of disciplining their youth and of preventing sloth.  And when any of their chiefs has said in an assembly ‘that he will be their leader, let those who are willing to follow, give in their names;’ they who approve of both the enterprise and the man arise and promise their assistance and are applauded by the people; such of them as have not followed him are accounted in the number of deserters and traitors, and confidence in all matters is afterward refused them.”[8]

The manner in which the judgment of these barbarians was "led astray," then, was not that they were ignorant of the wrong of theft, or the wrong or robbery, or even of the wrong of banditry, but that they refused to draw one of the detailed corollaries of these precepts.  They knew the wrong of plundering their neighbors, but they failed to acknowledge the members of other tribes as neighbors.  Consequently they classified raiding them not as banditry, but as something like justified war.  It is as though they said, “I know people who commit banditry deserve to be burned, but come on, raiding doesn’t count as banditry.”  We do much the same thing.  “I know theft is wrong, but come on, inflating the currency to finance expenditures the government can’t pay for doesn’t count as theft.”

7.  Julius Caesar, The War in Gaul, Book 6, Chapter 16, W.A. MacDevitt, trans., "De Bellico Gallico" and Other Commentaries of Caius Julius Caesar, available on the internet at http://classics.mit.edu/Caesar/gallic.html (public domain).  For furto and latrocinio, MacDevitt has "theft" and "robbery."  Though Julius does not mention other, more routine Germanic penalties for theft, such as compensation, these double the proof that they knew theft was wrong.