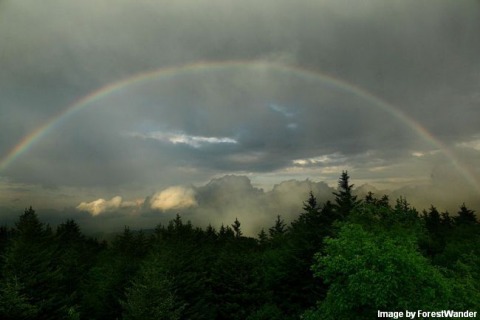 Objection 3.  If it were really true that everyone knows the general precepts of the moral law, then everyone who violated them would feel the pangs of conscience.  But psychologists report that sociopaths and psychopaths have no conscience.  To much the same effect, anthropologists commonly distinguish between guilt cultures, shame cultures, and fear cultures.  Remorseful feelings are prominent only in guilt cultures.

Psychologists who say that sociopaths and psychopaths lack conscience are confusing the judgment of conscience, an intellectual event, with the feeling of remorse, an emotional event.  Again I would address the objector:  Have you never had the experience of doing something you knew to be wrong, but not feeling bad about it?  Sociopaths and psychopaths are not people who do not know their acts are wrong, but people who never feel bad about it.  Even without guilty feelings, by the way, they do show signs of guilty knowledge.  One young murderer who had been described by police as having no conscience confirmed to a reporter that he didn’t feel bad for what he had done.  But after a moment he added, “There must be something wrong with me, don’t you think?   Because I should.”

The same point applies to so-called shame and fear cultures.  There may be a great deal of cultural variation in the emotional reaction to guilty knowledge.  We are not discussing whether everyone feels the same when he violates a known moral law, but whether everyone knows the moral law.*

Objection 4.  If St. Thomas is right, then anyone who denies knowledge of the general principles of the natural law must be self-deceived.  But the notion of self-deception is incoherent, because it conceives of a single person as two persons, one of whom knows something, though the other is in the dark.  It is as though I were to say that I am thinking about something, and at the same time that I am not thinking about it.

Yes, the suggestion that one and the same mind can both know and not know something in the same sense at the same time is incoherent.  However, the hypothesis that the denier really does know what he claims not to know can be developed without this dubious notion.  St. Thomas would suggest, "Don't say that you are both thinking and yet not thinking about something, or thinking about it in what both is and yet is not your real mind.  Rather say that you have one mind, but its operations are subtle and complex.  Even when you are not actually thinking about something, you may be apt to think of it at any moment.  To put it differently, even when the knowledge is not actualized in present awareness, you may possess it habitually.  In the meantime, your mind may continue to be dispositionally influenced by it.”

If this analysis is correct, then the distinction between unconscious and conscious knowledge which is so common today is perhaps best viewed as an unsuccessful attempt to get at something that St. Thomas’s own distinction, between habitual and actualized knowledge, gets at more successfully.  Expressions like “self-deception” are best used in a figurative rather than in a literal sense.  To be self-deceived does not mean that there are two of me.  It means that although I have a dispositional tendency to be aware of something – a “natural habit,” as St. Thomas says -- I am resisting it; I am trying not to think about this something.

Trying not to think about something is rather difficult.  If that my aim, then I must school myself in the arts of self-distraction.  In fact, in order to avoid thinking about one thing, I must regiment myself not to think of a large number of things which act as triggers for thinking about it.  And let us not forget that the ever-increasing effort required to resist my dispositional tendency has dispositional consequences of its own – a point to which we will return.