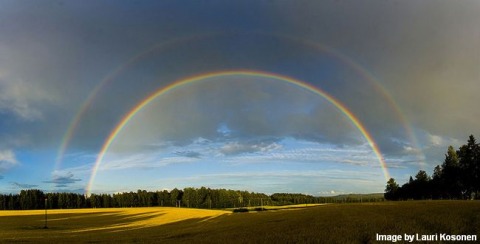 So What Does This Explain?

I think denial does provide a better explanation than moral ignorance.  I rest this judgment on the observation that people who are at odds with the moral basics tend to “act guilty.”  So strong is this tendency that many guilty people expend enormous energy in the effort not to act guilty.  Although some guilty people are better at this than others are, the strain shows.

Please notice what I am not suggesting.  I am not suggesting that the guilty person is necessarily thinking to himself “I am guilty.”  But according to St. Thomas he does have a natural dispositional tendency to be aware of the first principles of natural law and their proximate, general corollaries, and I am suggesting that he also has a natural dispositional tendency to judge his behavior as wrong when it obviously violates these principles.  He can resist these dispositional tendencies –- for example, he can try not to think of certain subjects, or try to find ways of viewing the obvious as not obvious -- but if he does, then he is also going to have to fight the dispositional tendency to be aware that he is resisting.  Three sets of intellectual “habits” are therefore in conflict:  First, all those associated with the natural habitus of the knowledge of the general principles of the natural law; second, all those associated with what I consider a natural habitus of knowing when I have violated them; and third, all those associated with the acquired habitus to resist the actualization of this knowledge.

Second, I am not suggesting that a dispositional tendency to act guilty proves that the person manifesting it must really be guilty of something; it only proves that he has a dispositional tendency to believe that he is guilty.  Such belief may be unwarranted and false.  For example, I may blame myself because I survived an automobile crash that killed everyone else, even though I was not driving and was not at fault.  However,  when my belief in my guilt is warranted and true, it is knowledge.  So consider a person who has murdered, who claims to believe that murder is no big deal, and yet who acts guilty.  I say that although he claims not to view murder as wrong, he knows better.

Third, when I speak of acting guilty I am not suggesting that it is always easy to tell precisely what guilty knowledge is being betrayed.  To be sure, sometimes it is easy to tell, for example, when a person displays a compulsion to tell everyone about what he did even though he insists that his behavior was innocent.  But sometimes it isn’t at all easy to tell; a person may engage in behavior strongly which is suggestive of self-punishment, but which does not advertise what he is punishing himself for.

Fourth, I am not suggesting that people who are at odds with the general principles of natural law always feel guilty.  Guilty feelings – sorrowful pangs of remorse -- are probably the least reliable sign of guilty knowledge.  No one always feels remorse for doing wrong; some people never do.  Yet even when remorse is absent, guilty knowledge generates other telltales – to which we turn next.