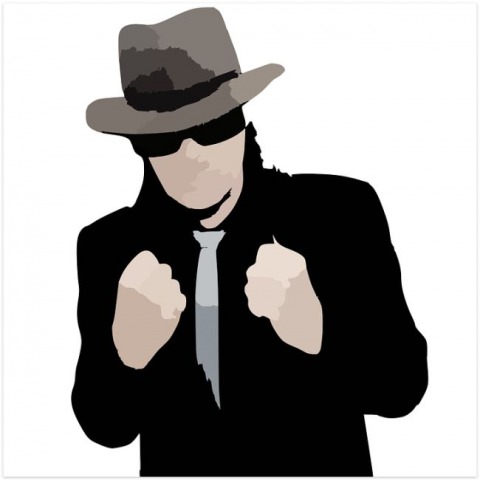 I am a regular reader of your blog.  Having thought about this question for a while, I thought I would ask for your thoughts.  In a recent interview with Benedict XVI, the former pope appears to say that following the Second Vatican Council the church ‘abandoned’ its belief that a person must be baptized, i.e., believe in the Christian faith in order to be saved from “perdition.”  As a protestant Christian who admires aspects of the Catholic Church’s doctrine, I found this rather shocking.  Is the former pope saying that there is salvation outside the church?

I wonder if you might comment on whether I am interpreting his words correctly, whether he is accurately representing the position of the church, and what implications this has for the Catholic faith.  The part of the interview I am asking about begins with Benedict’s words “There is no doubt that on this point we are faced with a profound evolution of dogma.”

There are certainly a number of things in the interview which might not be clear to non-Catholic audiences.  For instance, to ask whether a person must be baptized is not the same thing as to ask whether he must believe in the Christian faith.  And although Benedict says an “evolution of dogma” is underway, the development of doctrine does not include the possibility of reversal.  Actually, in an authentic development doctrine is confirmed through being deepened, clarified, and extended.

Let’s get to your question.  The Church has always taught that we cannot be saved – “saved” meaning rescued from our alienation from God and reconciled with Him -- except through Christ, who died for us.  This doctrine cannot be abandoned.

So far we are not saying anything new.  The Church has always believed that these holy people were saved not apart from Christ and His Church, but because, in some sense, they placed their faith implicitly in the Christ whom they were expecting but did not know, and were implicitly in communion with His Church.

This raises the question of whether others too – even in our times – could be saved through implicit faith.

The Church does not hurry her deliberations about such questions.  However, because of the mercy of God, some version of the “Yes” answer seems increasingly plausible to most Catholic thinkers.  As we see in the interview, these thinkers include the Pope Emeritus, Benedict XVI.

As to the first:  Although the answer is far from clear, at least something can be said about what would not suffice for salvation.  For example, Benedict rejects the “anonymous Christian” hypothesis offered by the theologian Karl Rahner, according to which placing one’s faith implicitly in Christ involves no more than subjectively accepting one’s self, or perhaps making some kind of existential choice for good over evil.

Why was Rahner wrong?  One reason seems to be that no one chooses against himself as such.  It is one thing for me to be for myself as what I really am, a child of God made in His image, but as Benedict suggests, it is another for me to be for whatever I take myself to be.  Even Satan was “for himself” in this distorted sense.  A second reason is that no one chooses evil as such.  In fact, no one commits any sin except for the sake of something he considers good, but this does not make sin itself good.  A third reason is that Rahner’s answer does not seem to require conversion or change of heart, with all this implies about acknowledging one’s sinfulness and one’s inability to save himself.  One listens in vain for Rahner’s “anonymous Christian” to cry out like the man in the Temple, “God, be merciful to me, a sinner!”

Benedict mentions a fourth reason too, which is very profound.  As he points out, the theologian Henri de Lubac emphasized that following Christ involves becoming conformed to Him in His loving sacrifice.  This is why, as Christ said, we must take up our own crosses too.  Then is what Christ did for us not enough?  No, the reason we must be joined to what He did is precisely that it is enough.  We are saved by the Atonement; therefore we must be united, somehow, with the Atonement.

Let’s turn to the second subsidiary question:  Why is evangelization necessary at all?  Christ and the Apostles considered preaching the gospel a matter of life and death importance.  Yet if even implicit faith in Christ might suffice for salvation, why must people be told?

Although Benedict does not consider possible answers to the question, he says further reflection is needed on all these issues, so perhaps even a non-theologian like me may dare to offer a thought.  For it seems to me that every serious Christian knows a small part of the answer.

We know by our experience of following Christ that taking up our crosses is difficult even if we do know who Christ is.  Yes, just as He said, His yoke is easy and His burden light -- but this is true only because He provides grace sufficient for the task.  The way of the person whose faith in Christ is merely implicit will be precarious and difficult, because he does not know about that grace, and does not know where to find the channels through which it pours.

For example, suppose such a person falls into grave sin.  Obviously he needs to repent, but complete repentance involves being sorry not just for fear of the consequences of sin, but for the very love of God.  Consider how difficult this would be for him, considering that what makes grave sin so grave is precisely that it destroys that bond of love.  How badly he needs the help of the sacrament of reconciliation, but he does not even know such help exists.

Consider too that it would be more difficult for him to recognize his sins in the first place.  There are some general principles about right and wrong that everyone really knows deep down, but it is quite another things to be honest with ourselves about them, and we need to be confronted.  There are also more detailed matters of right and wrong, which are difficult to work out, and we need to be instructed in order to understand them.  Scripture, Sacred Tradition, and pastoral care do confront and instruct us.  I am not here thinking of a person who knows of these things but neglects them, for a person who rejects the things of faith certainly cannot be said to have implicit faith.  Rather I am thinking of someone who would accept them if they were made known to him, but he has never heard of them.  The fact remains that he does not have their assistance.

So it is one thing for salvation through merely implicit faith to be possible, but it is quite another for it to be easy.  Implicit faith in Christ desperately needs to develop into explicit faith in Christ.  This requires knowledge, and knowledge requires evangelization.   This is why Isaiah and St. Paul cry, “How beautiful are the feet of those who bring good news!”

I asked, in a follow-up to your letter, whether you had read the C.S. Lewis’s Narnia stories, which are admired by Protestants as well as Catholics.  The reason is that there is a fascinating scene in The Last Battle which illustrates the possibility – but difficulty -- of implicit faith in Christ.  Emmeth, the worshipper of the false god Tash, has come to a place which might be called the vestibule of heaven.  Meeting there several followers of the great lion, Aslan – who is Christ as he appears in Narnia – Emmeth tells them his story:

"I looked about me and saw the sky and the wide lands, and smelled the sweetness. And I said, By the Gods, this is a pleasant place: it may be that I am come into the country of Tash. And I began to journey into the strange country and to seek him.

"So I went over much grass and many flowers and among all kinds of wholesome and delectable trees till lo! in a narrow place between two rocks there came to meet me a great Lion.  The speed of him was like the ostrich, and his size was an elephant's; his hair was like pure gold and the brightness of his eyes like gold that is liquid in the furnace.  He was more terrible than the Flaming Mountain of Lagour, and in beauty he surpassed all that is in the world even as the rose in bloom surpasses the dust of the desert.  Then I fell at his feet and thought, Surely this is the hour of death, for the Lion (who is worthy of all honour) will know that I have served Tash all my days and not him.  Nevertheless, it is better to see the Lion and die than to be Tisroc of the world and live and not to have seen him.  But the Glorious One bent down his golden head and touched my forehead with his tongue and said, Son, thou art welcome.  But I said, Alas, Lord, I am no son of thine but the servant of Tash.  He answered, Child, all the service thou hast done to Tash, I account as service done to me.  Then by reasons of my great desire for wisdom and understanding, I overcame my fear and questioned the Glorious One and said, Lord, is it then true, as the Ape said, that thou and Tash are one?  The Lion growled so that the earth shook (but his wrath was not against me) and said, It is false.  Not because he and I are one, but because we are opposites, I take to me the services which thou hast done to him.  For I and he are of such different kinds that no service which is vile can be done to me, and none which is not vile can be done to him.  Therefore if any man swear by Tash and keep his oath for the oath's sake, it is by me that he has truly sworn, though he know it not, and it is I who reward him.  And if any man do a cruelty in my name, then, though he says the name Aslan, it is Tash whom he serves and by Tash his deed is accepted.  Dost thou understand, Child?  I said, Lord, thou knowest how much I understand.  But I said also (for the truth constrained me), Yet I have been seeking Tash all my days.  Beloved, said the Glorious One, unless thy desire had been for me thou wouldst not have sought so long and so truly.  For all find what they truly seek.

"Then he breathed upon me and took away the trembling from my limbs and caused me to stand upon my feet. And after that, he said not much, but that we should meet again, and I must go further up and further in.”

So Emmeth could be saved by implicit faith in the true God; but eventually he had to meet Him in person, and go further up and further in.  It might be protested that Emmeth did not meet the criteria suggested above.  Maybe not.  Still, I think this may be something like what the Pope Emeritus was suggesting in the interview.