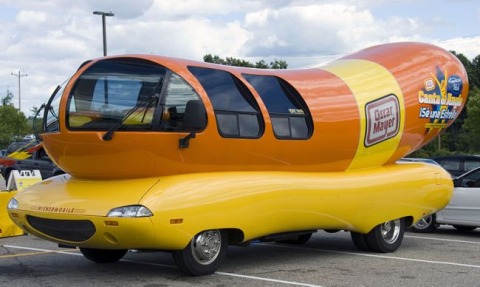 “Since the modern world began in the sixteenth century, nobody's system of philosophy has really corresponded to everybody's sense of reality: to what, if left to themselves, common men would call common sense.”  --  G.K. Chesterton

Everyone carries a personal baloney-meter in his mind.  I'm speaking of the useful little app that lights up and beeps when you hear nonsense, prompting you to say to yourself, “That's baloney.”  The baloney-meter is factory-installed, not an option.  You have one, I have one, we all have one -- ever since reaching the age of reason.  Each of us depends on it constantly.  “Tell you what,” says your friend.  “Let's pool our life savings and invest them in the lottery.  One of us is sure to win, and we can split the take.”  Beep!  Beep!  “That's baloney.”

What causes baloney-meters to go awry?  Is there something wrong with the factory programming?   No, but think for a moment about what it would take for your baloney-meter to be infallible.  The factory would have to program it with a sample of every possible piece of baloney that anyone might ever try to feed you -- libraries upon libraries of samples.  In life, whenever another person spoke to you (or you spoke to yourself), the baloney-meter would look for a match.  If it found one, it would light up and beep.  You can see what's wrong with this design.  Baloney is infinitely various.  Not even galaxies of libraries could hold all the necessary samples.  (No, not even the internet.)

Reflection on the design of the baloney-meter explains several important facts.

In the first place, the factory programming explains why the baloney-meters of different people, even in different cultures, tend to light up and beep about pretty much the same things in certain areas of life.  High-minded men among both the Greeks and the Chinese condemned disrespect for the dead; among both the Vikings and the Babylonians condemned stealing one's neighbor's wife; among both the Hindus and the Egyptians condemned treachery -- not just men whom we call high-minded, but whom they called high-minded.  As C.S. Lewis remarks, “Think of a country where people were admired for running away in battle, or where a man felt proud for double-crossing all the people who had been kindest to him.  You might just as well try to imagine a country where two and two made five.”

In the second place, the fact that the factory programming is only basic explains why the baloney-meters of different people light up and beep about different things in other areas of life -- and also why they can go off over what is not baloney and fail to off over what is.  For although you do know certain things without having to learn them, you learn most things from experience.  But any being that can learn from experience can learn incorrectly -- partly because his experience is not complete, and partly because he may rebel against the lesson.

We see then that any baloney-meter, however perfectly programmed in the factory, will tend to get out of correct calibration.  Originally, the purpose of a higher education was to recalibrate it.  A secondary purpose was to teach it to perform further recalibration on its own.

This attitude toward higher education was humble.  A teacher like Aristotle or St. Thomas Aquinas respected the baloney-meter.  He always started with the common sense of mankind, something he did not invent, then went on to refine it, ennoble it, and gently correct its errors.  You may feel that such humility is impossible, because in our own culture common sense seems largely to have disappeared.  We have come to feel it normal to have disagreements about fundamental issues of morals, just as we might have them about politics and other areas more distant from the factory programming.  This condition, in turn, changes the kind of disagreements we have in politics.  In fact the condition is not normal at all.  Rather it is a symptom of a civilization in an advanced state of decay.

Unlike classical higher education, modern higher education is not humble.  It both reflects and contributes to the decay of the civilization by insisting on the disconnection of the baloney-meter and its replacement by “theory” of its own devising.  It cannot really be disconnected, but it can be scrambled by having another hooked up alongside it.  What educated people now call their common sense is largely a collection of dogmas pumped in from the outside.  Because these dogmas are often pumped in under the guise of liberation from dogma, they often pass unrecognized.  We are entering a strange era in which, in some respects, the educated know a good deal less than the uneducated.

The methods used in higher education for disconnecting the baloney-meter are many.  One method is false anthropology, whereby young people are taught the wholly spurious idea that the human race is in complete disagreement about all the elementary points of right and wrong.  Another method is outright assault.  An especially subtle method is teaching ethics by “quandaries” -- imaginary occasions for moral decision which are deliberately contrived to baffle, the common result being that students lose their confidence that moral law tells them anything at all.

In turn, the usual method for replacing the baloney-meter is meta-ethics -- in which we no longer talk about right and wrong, but instead talk about the talk about it, or maybe even talk about the talk about the talk.  In this way we get further and further from the data.  If mentioned at all, the natural law itself is presented as but one of many competing theories of ethics.  This is like treating the existence of light as but one of many competing theories of vision.  In fact, light is presupposed in any sane theory of vision; in the same way, the law written on the heart ought to be presupposed in any theory of ethics.  Just as in geometry, if we don't already know something, we can't even get started learning the rest.

How would a classical moral teacher go about teaching under such circumstances?  As we have seen, his humble goal is to recalibrate the baloney-meter, not to replace but to refine the common sense of mankind.  But one cannot recalibrate a baloney-meter that receives continuous interfering signals from another installed alongside it.  The ersatz baloney-meter implanted by modern education cannot be calibrated at all.  It lights up and beeps at the very mention of an objective moral law.  “Aren't we beyond all that now?”  “Aren't morals just relative?”  “Aren't good and evil up to the individual?”

In the classroom I answer such questions, “Tell that to the man who is trying to rape or murder you.”  This is a much more aggressive response than Aristotle and St. Thomas would make to their students, but their students did not ask such questions.  Today a classical teacher must be aggressive before he can exercise his humility.  For before the students' original baloney-meters can be recalibrated, the ersatz baloney-meters that have been installed alongside them must be disconnected.  So students must unlearn before they can learn.  A classical teacher today is first, though not last, an unteacher.

Written on the Heart: The