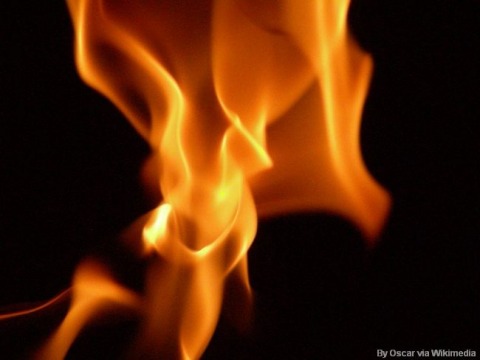 Greetings from Jerusalem (yes – you also have readers from the holy land).

In many cases, people who tend to provide rational arguments are perceived by others as people who are “anti-feelings.”  I personally tend to talk to many people about all the big issues -- the existence of God, the absolute distinction between man and woman, the objectivity of morality, etc. -- and almost every time, I feel that when I suggest a rational “winning” argument, the fact that I provided an argument has turned into a reason not to listen to me, since I was targeting the intellect and not the feeling.

So my question is this:  What is in your opinion the true role of feelings so that when you understand them correctly you can also create an optimal synthesis between the feelings and the intellect?

I’m delighted to have readers in Israel, and I’ve enjoyed thinking about your puzzle.

Rather than tackling your puzzle by itself, let me put it in the context of a larger one, for even apart from emotionalism, there are a variety of possible reasons why people might sometimes reject good arguments.  Since some of these might be motives for emotionalism, or might be mistaken for emotionalism, it would be good to consider them first.

Needless to say, I might fail to convince simply because I am wrong!  At present, though, we may set this possibility aside – we are not considering why I might fall into error, but why people might not even wish to listen to valid arguments from true premises.

Here, the biggest problem probably lies in my attitude -- I don’t say you have this problem.  Suppose I am trying to persuade someone, and I am too intense.  To the listener it may seem as though I am interested in the conclusion of the argument not so much because it is true, as because I want to win, or even because I want to put the listener down.  The listener may well conclude that he has better ways to spend his time than listening to me.

I may give the impression of viewing the discussion as combat to the death because I really do.  But even if this is not at all my attitude, it is an easy impression to give.  For example,

●  I may frown with the intensity of concentration, and my frown may come across as hostile.

●  I may be so quick to answer objections that the listener thinks I am not really listening.

●  I may seem to be an opponent – “you’re wrong” -- rather than a partner in a shared search for truth – “I see what you mean, but let me present another possibility.”

Some people might not listen even when the speaker is doing everything right.  For example,

●  The listener may so insecure that he thinks I am out for his blood no matter how winsome I am.

●  He may be lazy, resisting the work of reasoning logically because it is so much easier not to question anything.  People who are like this tend to consider their condition normal, so that if someone does try to reason carefully with them, they suspect that there is something not quite right in his emotional balance.

●  He may have reason to fear what the argument would show him, because the truth itself might be threatening -- and it may be threatening in all sorts of ways.  Perhaps he does not want to be convinced that men and women are different because his friends would consider him unenlightened.  He may be afraid to believe that God exists because he is afraid of divine punishment.  Or he may be unable to bear the possibility that abortion is wrong because he has been involved in one.

●  He may be simply uninterested in the truth.  He wants to win.  Period.

Such obstacles are very difficult to overcome, but there is always hope --

●  In dealing with someone who is insecure, I must not only be gentle and patient, but also be content with small gains.

●  Although a person who is lazy might never be willing to reason with me, there may come a time when the pain and burden of his mistaken beliefs has finally become so great that he is willing to go to the trouble of thinking clearly.

●  Someone who resists argument because he fears what its outcome might be is already half-convinced – otherwise he would not be afraid!  But the price of self-deception is eternal vigilance, because there are so many things he must not allow himself to think about.  Too many.  Even the most self-deceived persons have moments when they see clearly, just because they cannot suppress the awareness of every aspect of reality at once.

●  Someone who just wants to win is not someone you need to be talking with – unless, perhaps, other people are listening.  Then you must try to reach them, not him.  However, sometimes a person who is debating you rather than conversing with you may be willing to have a real conversation if other people are not listening in, because then he can be honest without losing face.

●  A great deal depends on timing.  The funeral of a young man who has committed suicide is probably not the right time to persuade the grieving parents that taking one’s own life is a mortal sin.

Reasons concerning the nature of reasoning:

Whenever we are presented with a valid argument from true premises, we ought to accept it.  But it is far from true to say that whenever we are presented with an apparently valid argument from apparently true premises, we ought to accept it.  A certain degree of rational stubbornness, a certain suspicion about the premises or about the inferences, a certain reluctance to be convinced – this might be entirely proper.  Isn’t it true, after all, that even experts can be mistaken about the facts?  In fact they often are; people who know a great deal about a given field may be unduly swayed by dominant theories so that they cannot see things that are staring them in the face.  And isn’t it true that people who are more expert in debate than ourselves can be highly persuasive, even when they are arguing nonsense?

Now turn that around.  Not every instance of resistance to our own arguments, however good they may be, is necessarily irrational.  Sometimes it is even reasonable for someone to say, “I don’t see how what you say can be mistaken, but I’m not willing to be convinced so quickly.”  Our response should be, “I understand, and I will always be willing to discuss your doubts.”

Already I think it should be clear that not everything that looks like preferring emotions to intellect necessarily is.  In fact, I would go further.  The very idea of thinking that we can choose between feelings and reasoning is mistaken, because these two things are never separate.  The only question is how they should be integrated.  Emotionalists aren’t people who feel and don’t think, but people who allow feelings to play the wrong role in thinking.

You’re right, of course, that a feeling can never override a true statement:  If I don’t like it that the statement is true, that doesn’t make it untrue.  But feelings are important to thinking itself, in a variety of ways.

●  One way is that feelings are sometimes data for the intellect.  If I feel uncomfortable about doing something, the feeling may be mistaken, but I ought to do it the courtesy of asking why.  Perhaps I ought to feel uncomfortable.  Perhaps my conscience is working on me, and things have not become clear yet.

●  Another way is that feelings are sometimes modes of operation of the intellect.  For example, to be angry is to be aroused to the defense of an endangered good.  In order to think clearly and quickly about what is endangered and about what must be done for its defense, I may need to be angry – not excessively, but in due measure.  Or consider the infliction of the sentence for a crime.  Yes, of course I should carefully consider all of the relevant factors, and my mind should not be blurred with passion.  But if I feel nothing at all – if I am completely cold, unable to feel moral indignation about the crime, commiseration for the victims, or compassion for the mess that the criminal has made of his life – it is difficult to see how I can do justice without sacrificing mercy.

●  Still another way is that certain feelings are native to the intellect itself.  Hunger is native to the belly, but the hunger to understand, which is keener still, has its proper home in the mind.

The Stoics thought that the passions were morbid, something like infections of the intellect, so that the wise and virtuous man would cleanse his mind of them.  Marcus Aurelius bid himself not even to grieve for the death of his daughter, for death is the way of things, and he should not be an abscess on the universe.  But it is not the passions that are morbid, but this way of thinking.

Aristotle’s insight was better:  Wisdom and virtue lie not in having no feelings, or in refusing to allow them any place in our thoughts, but in the discipline by which we feel the right things, toward the right persons, at the right times, in the right ways, and for the right reasons.

So was St. Augustine’s insight:  “In our ethics, we do not so much inquire whether a pious soul is angry, as why he is angry; not whether he is sad, but what is the cause of his sadness; not whether he fears, but what he fears.  For I am not aware that any right thinking person would find fault with anger at a wrongdoer which seeks his amendment, or with sadness which intends relief to the suffering, or with fear lest one in danger be destroyed.”

Also on the topic: