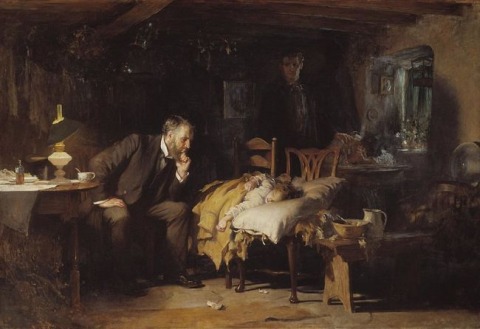 Your blog has been helpful to me.  I have a question regarding how to get rid of what Thomas Aquinas would describe as a disordered appetite.  Is the following explanation right? -- When a particular appetite is disordered in a certain way, and subsequently the person seeks to correct it by directing towards its proper object, then ultimately, with a lot of sincerity and time and effort, he is able to do so.  Once the disorder is corrected, the disordered appetite no longer exists.

You’re entirely right to say that the appetites become well-ordered through virtue.  Some virtues, such as temperance, are called “acquired” because they are developed by discipline and habituation.  What your account leaves out is that there also exist other virtues, epitomized by faith, hope, and charity.  These other virtues are called “infused” because they are poured into the soul by the grace of God, made possible by the atoning work of Christ.

The infused virtues make the exercise of the acquired virtues easier.  For example, charity makes it possible to will the true good even of persons for whom we do not have natural affection.  But there is more, because the infused virtues don’t just discipline motive – they uplift and transform it.  It is a good thing to love my wife.  It is quite another thing – and much better – to participate in the very love with which God loves her.

So the infused virtues can accomplish a lot toward putting the soul in good order, and that’s what’s right about the way you put it.  With effort, I may make good progress.  But eventually I hit a wall – or a ceiling -- through which I can break only with the help of divine grace.