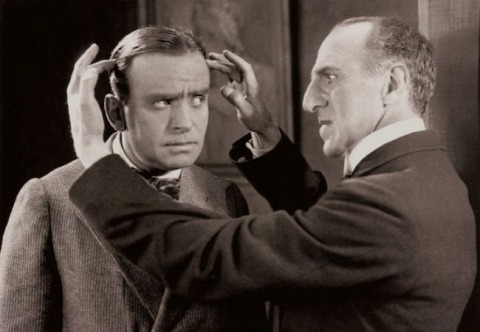 The situation is actually more complicated.  A student told me once that she believed in God but was in terror of losing her faith.  In the course of conversion it became pretty clear that for some time she had been looking very earnestly for reasons not to believe in God, for example by seeking out courses from all of the professors who were most hostile to faith.  She visited me, I think, because success in her enterprise was coming a little more quickly than she was prepared for, and she panicked.

So no, we cannot literally believe or disbelieve things at will, but for better or for worse, we can willfully place ourselves in situations or courses of action that may produce change in our beliefs.  Concerning whether we can feel or not feel things at will, the situation is much the same.  We’ve all heard the mantras --

Feelings are neither right nor wrong.  They just are.

Although I may not be able to keep an unwanted guest from entering the house of my feelings, or to force her outside after she has entered it, yet nothing compels me to ask her in.  Nor am I compelled to sit down and admire her, to enjoy her attentions, or to invite her to play with my imagination.  If I ignore her and go about my business, she will eventually leave my mind on her own; but if I pet her, say, “Don’t go yet”, and tell her what a lovely feeling she is, she will return another day in power, and that day she will burn down the house.

The false notion that we are helpless in the face of our feelings is deeply ensconced in popular music, usually in connection with the pleasures and pains of love.  The singer is said to be chained or enslaved to love.  He begs to be set free.  He loves someone inappropriate, but asks “What else can I do?”

Well, by that time the horse has escaped from the barn -- but had he acted earlier, he could have done quite a bit.  The more time I spend with a person, the more likely I am to fall in love with her.  The best way to avoid falling in love with an inappropriate person is to decide ahead of time which sorts of persons are appropriate, and spend time only with them.

From a gracious reader of this blog:  But isn’t faith an act of the will?  Yes, but the virtue of faith is a “infused” virtue, and the act of faith is not an act of the unassisted will, but of the will assisted by grace.  We can cooperate with grace – as we can refuse it -- but we can’t work it up in ourselves by dint of moral effort.