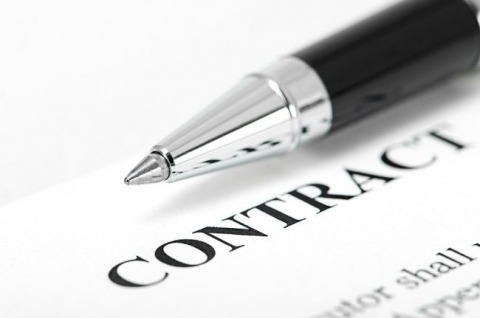 The Pope’s latest casual remarks recommending civil union laws have caused quite a stir.  Granted that he wasn’t teaching doctrine but offering a personal prudential judgment.  Granted that he wasn’t saying that same-sex intercourse is okay or that same-sex pairings can count as marriages.  Granted that contract law permits all kinds of partnerships that may have nothing to do with sex.  Still, if the law recognizes not just ordinary contracts but civil unions, then aren’t a lot of people going to be confused?

Yes.  When the idea of civil partnerships was first floated some years ago, the idea was that such partnerships didn’t have to be sexual.  My students used to ask questions like “What if two friends share expenses, one goes into the hospital, and the other is denied visiting privileges because he isn’t a relative?”  Or “Suppose that for purely financial reasons, roommates want to be able to list each other as beneficiaries on their insurance.  Shouldn’t they be able to do so?”  Or the two parties might be sisters, or a grandmother along with a grandson who lives with and helps her while going to college.  The theory was that all in one package, the parties could share insurance, expenses, and so forth.

I used to answer that even if these are deemed to be problems, we don’t need civil partnerships to fix them.  Are close friends prohibited from hospital visitation?  Then allow patients to designate certain non-relatives as having the same hospital privileges as relatives.  Should close friends who share expenses be able to list each other as insurance beneficiaries?  Then allow them to do so.  Little adjustments like this might take a law or two.  The rest could be handled by existing contract law.

The problem with the all-in-one approach was that (a) civil partnership looked like marriage, (b) the change from the language of “partnership” to the language of “union,” which everyone understands as meaning sex, intensified this appearance, and (c) since everyone knew that such proposals were made to head off defining homosexual liaisons as marriages, it looked like a step to so defining them.

Which is exactly what happened.

Which raises a question:  Since it has already happened, why does the Pope open his mouth about the matter at all?  And why is he offering personal prudential judgments anyway, since according to the Church, his job isn’t to make suggestions about civil law, but to teach the Church’s morals and doctrine?  This was just one of numerous grave blunders.

As you are aware, some well-meaning and orthodox Catholic authorities have tried to perform damage control by reminding us that civil union laws don’t explicitly say that the unions are sexual.  Unfortunately, that ship has sailed.  Besides, the Pope’s suggestion about civil unions explicitly referred to homosexual persons having “families.”  Whatever may have been intended, that gives the impression not only that their relationship is essentially marital, but also that they ought to be able to adopt, which amounts to child abuse.  A child needs a mom and a dad.  Since there is no shortage of prospective moms and dads who want to adopt, there is no need to resort to extreme solutions.

It seems obvious that if we are to regard non-marriages as having the dignity of marriage, then any hope of promoting chastity among heterosexuals is also deep-sixed.  If sexual cohabitation is in for homosexuals, then it is in for everyone.  And let us be very clear:  Heterosexual cohabitation without the commitment of marriage is not obviously less immoral than casual fornication.  Regarded as an arrangement for continuous casual fornication, it may even be more.

These disorders will continue until the Pope becomes a better teacher.  Christians must be faithful themselves, and pray earnestly.  Not least for him.