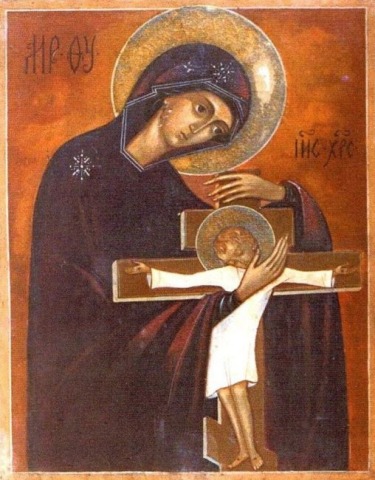 Though in early adulthood I suffered strongly from acedia, the “oppressive sorrow which so weighs upon man’s mind that he wants to do nothing,” today I am almost always cheerful.  This cheerfulness, a product of faith and hope, is not native to my temperament, since I am predisposed to a certain melancholy in which the sense of the fall of man and the feeling of things passing away are very strong.  Unless he is careful, such a disposition can make a person a crashing bore, and some people would say that I am one.

However, dispositions are also gifts to be used, and if I lost mine, I would miss it.  I tend to be more acutely aware than most people of how things go awry in our culture.  Now and then, the memory of the many ways in which I have personally gone awry provides some small insight into the travails of others.  I don’t object to the description of the world as a “vale of tears”; it seems to me refreshing, because honest.  The acknowledgement of sin does not burden me.  I would be burdened if there were no cure.

The note of joy has been much stronger in my life since becoming Catholic, largely because the Church takes suffering so seriously.  When my wife and I were preparing to be received into the Church, we participated in the customary sequence of classes for converts.  Catholics are just as interested in conversion stories as Evangelical Protestants, and one evening, during the break, we exchanged our tales with another couple in the class.

The husband had been a teacher in a Protestant seminary.  The two of them told us that they first began to consider the Catholic Church after their son committed suicide.  What turned their thoughts to Catholicism was neither his suicide, nor their grief for him, but the reaction of their friends to their grief.

It was not that their friends did not sorrow for them; they did.  But to spare their feelings, their Protestant friends never mentioned their son at all.  It was as though he had never existed.  By contrast, their Catholic friends were not afraid to speak of him.  The couple was consoled.

They began to wonder whether the Church understands something about suffering that their own tradition did not.

She does, and She starts teaching it early.  A child in Catholic school who falls down and hurts his knee is comforted, of course, and encouraged to get back in the game.  But he is also encouraged to offer up the pain to Christ, who suffered for us, so that he can be more like Him.

These seem to me to me tidings of joy.