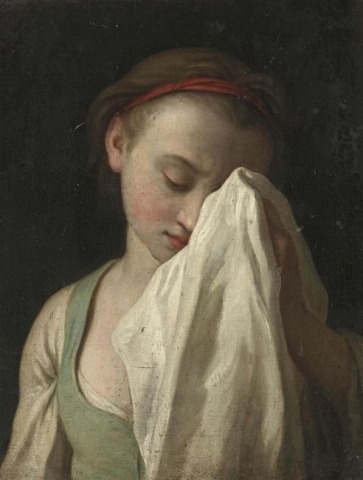 I have no doubt that your organization’s finding was reported accurately, but for two other reasons I’m skeptical.  In the first place, I’d like to know how the researchers measured compassion for the mothers.  For example, some researchers define compassion in terms of supporting government programs that wreck families and make people multi-generationally dependent instead of helping them to get on their feet.  If compassion means giving people the kind of help that really helps, instead of the kind of help that hurts, then I don’t think opposing these programs lacks compassion; I think supporting them does.

More important, though, is this.  You'd almost certainly get a different finding if instead of surveying people who merely hold ardent opinions about abortion, your organization surveyed people who actually do something for the cause of life.  Are the people who work in your own pro-life organization indifferent to mothers?  I’ll bet they aren’t, and you aren’t either.  Otherwise, why would the finding concern you?

We see the sort of group difference I am describing in every social issue and every area of life, not just the pro-life movement.  For example, people who merely call themselves Christians divorce just as often as people who don't, but people who show commitment by worshipping regularly divorce at markedly lower rates.

My wife was a volunteer crisis pregnancy counselor for 13 years, and let me tell you, the persons who volunteered in various capacities cared intensely about the women they served.

They counseled them, they walked those who were interested through lifestyle training, they taught those who were impulsive how to plan for their futures and their family’s futures, they offered child raising classes to them, they gave them baby supplies, and they connected them with medical care and other necessary services.  For those who wanted to place their babies for adoption, they offered assistance, and for women who were suffering from past abortions, they offered counseling groups in which they could sort out their sorrow, anger, and guilt, and perhaps find God.  Until it became legally inadvisable, they even helped young pregnant women find places to live after they had been turned out of their homes.  Is this what it means not to care about the mothers?

On the other side, among advocates of the culture of death, compassion has never been big.  For Margaret Sanger, founder of Planned Parenthood, the goals of abortion and contraception were eugenic:  She wanted to reduce the birth rate among so-called inferior races.  So what is the plan?  Get vulnerable women into them, kill their babies, and shove them out the door.  These days, maybe you can even make some cash by harvesting the tissue.

And in speaking with those who accept the stereotype that pro-life people don’t care about the mothers, tell them about the saints who volunteer in crisis pregnancy centers.  When I tell about them, critics always back down.  “I didn’t know.”