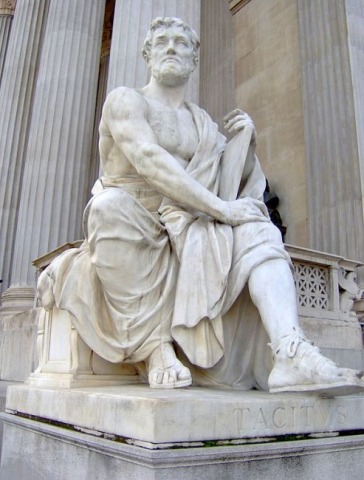 “This I regard as history’s highest function,” says the Roman historian Tacitus, “to let no worthy action be uncommemorated, and to hold out the reprobation of posterity as a terror to evil words and deeds.”

Curious.  Today we tend to think that the commemoration of virtuous deeds and the condemnation of wicked ones is suitable, perhaps, for teaching children about the founders of the country (and perhaps not even then), but not to be taken seriously by adults.  History for grown-up people isn’t about unscientific things like virtue and vice, we say, but about causes and effects, about what makes things happen.

But whatever Tacitus may have got wrong about the history of his own people, he understood that virtue and vice are real causal factors in affairs.  Vicious persons behave differently than virtuous ones, and although there are various ways, such as checks and balances, to protect some approximation of the common good even with less virtue than we wish that we had, there is no way to get by without any.

Thus to leave virtues and vices out of the picture is not more grown-up and scientific, but less.