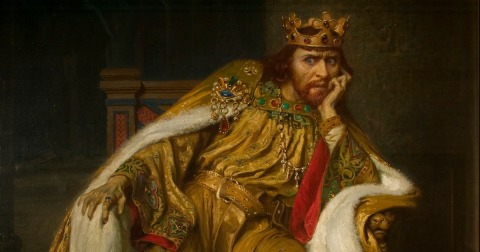 The old system was that one could challenge criticize and punish the king's subordinate officials for their wrongdoing, even if they were following orders of the king, but that the person of the king was sacred.  One got at a bad king through his helpers -- not lying, but allowing the appearance to persist that he did not really originate the wrongdoing but was surrounded by bad advisors.  In the case of a king of weak judgment, or one surrounded by flatterers, it might even be true.

This system had its points.  It put pressure on the king to change his ways without destroying the regime.  It also allows for the fact that in any political order – even a very good one -- the respect of the citizens for the law will be founded mostly on habit rather than reflection, something not to be carelessly imperiled.  And a bad king is not just by that fact not the king.

One might even argue that the system is still applicable.  Even in a day of republics and pretended republics, there are domains of life – not all of them political -- in which authority either is, or should be, monarchical, and in which the king either cannot be, or should not be, removed.  But perhaps I have said enough.