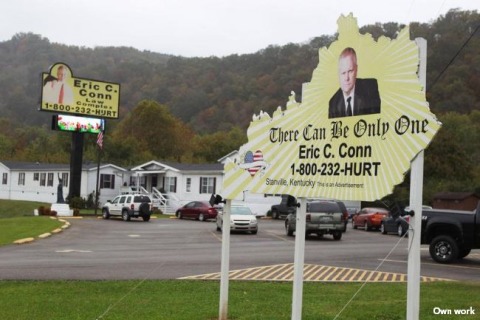 For several months each year I live in a high-government dependency, high-drug addiction, high-family disorder region of Appalachia.

Yes, there are jobs.  At present the unemployment rate here is only a little higher than what economists call full employment.  Just like everyplace, lots of folk work hard to make a living and raise their kids, God bless them.

Lots of others don’t.  They don’t show up in the unemployment figures because they aren’t looking for jobs.

The rate of opioid abuse is sky-high.  Everyone, including the police, knows where the dealers live.  Everyone also knows that it isn’t a good idea to inform on them.  Your house may be burned down.

Getting on the dole?  How is that possible?  “Everyone knows” that in 1996, welfare was reformed by the abolition of the government program called Aid to Families with Dependent Children.  From now on only genuinely needy people would receive aid, and there would be work requirements.

In this case, what “everyone knows” is false.  The abolition of AFDC accomplished nothing but to shift monetary handouts from one government program to another.  In the name of helping the poor, multigenerational AFDC dependency has been replaced by multigenerational Social Security Disability dependency.

You genuinely disabled people, I am not writing about you.  Many of you live bravely under stupendous disadvantages.

But a great number who claim disability are not disabled.

In my Appalachian neighborhood, quite a few people go through life with no higher aspiration than to convince the government that either they or their children are disabled.  This is easier than you might think, because many of the bureaucrats want to be convinced, and their lawyers are eager to help.  One of my neighbors got her children signed up for disability payments on grounds that they all had strabismus, which means crossed eyes.  Although Medicaid would pay for corrective surgery, which is fairly simple, she didn’t want their condition corrected.  Then the checks would stop – checks, mind you, which were supposed to be used for the children but which the parents used as their source of family income.  Why work if you don’t have to?  The shame of it was that failure to correct strabismus early in life can lead to permanent vision loss.

The fraud associated with the program is spectacular.  You may have heard of the scandal associated with attorney Eric C. Conn, who was sentenced to 27 years in prison for defrauding the government of over $72 million by submitting false documentation to support clients' claims of disability.  Conn -- whose "law complex," a set of three double-wide trailers, was just down the road from us – is reported to have paid more than $600,000 in kickbacks to David B. Daugherty, an administrative law judge who for years approved over 95 percent of the applications from Conn's clients.  The national average is about 60%, but Daugherty’s rate of approval was not unusual.  What Mr. Conn, Judge Daugherty, and cooperating doctors were up to was common knowledge.  The government paid attention only when extremely persistent whistleblowers within the agency made it impossible to continue ignoring it.

I don't mind the fraud so much.  The government is always defrauding us.

I do mind the destruction of ambition, the uprooting of meaning in life, and the generation of perverse incentives that undermine families and ruin lives.

And I especially mind the lie that this is the meaning of compassion for the poor.  A better word for the attitude would be contempt.