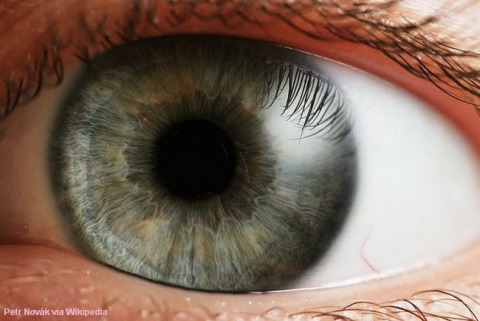 I am relatively new to Thomism and find your blog posts helpful, but I have a question.  Does our knowledge of the natural law begin with sense data?  Is the natural law a sensible thing?  If so, by which sense?  St. Paul states that the natural law is written on the human heart.

Good question.  The senses do not immediately perceive the natural law – they don’t “see” or “hear” it -- because the senses, by themselves, perceive only singulars.  The eye sees only this apple, and the ear hears only this robin.  However, the rational mind has the power to recognize the universal forms implicit in the singular that we sense:  Apple as such, robin as such.  Thus, too, even though we encounter only particular instances of universal truths (for example that this door is open and not closed, and that this statement is true and not false), we are able to grasp their universality as well (for example that nothing can both be and not be in the same sense at the same time).

By the way, this power is one of our greatest distinctions from beasts, which never rise beyond the knowledge of singulars.  It also demonstrates the immortality of the human soul, because although the senses depend only on the body, the power to recognize the universal forms implicit in the singulars that we sense transcends the body, therefore does not depend on the body, and therefore can survive the body’s death.  On the other hand, this power also has limits.  For example, it is sufficient to work out demonstrations that God exists, and demonstration of certain other truths about Him, but it is not sufficient to show us the essence of God as He is in Himself, because He cannot be seen or touched.  Only in heaven will we see Him face to face, when the power of our minds is supernaturally elevated.  But we need not go further into these matters now.

Back to your question:  We know the first principles of practical reason, which are the first precepts of natural law, by means of the power of the mind St. Thomas calls synderesis and that I like to call “deep conscience” (by contrast with conscientia, which is conscience in application).  In much the same way that in the realm of theoretical reason I immediately grasp such principles as that, say, two things equal to a third thing are equal to each other, so in the realm of practical reason I immediately grasp the precepts that, say, I must not commit undeserved harm to another person.  All of the precepts of the Decalogue are knowable either as first principles, or as proximate implications of the first principles.

But besides synderesis, we have other help too:

2.  From various considerations we infer the reality of God, His blessings, our indebtedness to Him, and the fact that He Himself is our supreme good.  Putting all this together with synderesis we recognize that we owe Him obedience, and must never commit any act that is not rightly ordered to Him, for example scorning Him or giving created things the honor that only He deserves.

3.  From the order of our own souls and bodies we recognize that our powers have meanings and purposes; for example, the sexual powers are all about the procreative unity of the spouses.  From this we recognize that we should not conduct ourselves in ways that undermine and thwart these meanings and purposes, for example by having sexual intercourse outside of marriage.

Thank you so much for your reply.  St. Thomas' positions are slowly becoming clearer to me.

If I understand you and St. Thomas correctly, our intellects simply grasp first principles, including the first precepts of natural law.  But how do we reconcile the following two passages in his book On Truth:

1. Whatever is in our intellect must have previously been in the senses. (Q. 2, Art. 3, Reply to Objection 19)

2. There necessarily are some things in our intellect which it knows naturally, namely, first principles -- even though in us this knowledge is not caused unless we receive something through our senses (Q. 8, Art. 15).

It seems to me that these two propositions cannot both be true.  If we grasp first principles naturally, then they need not have been in the senses.

Thank you for your patience and I look forward to reading your thoughts.  Thank you also for all your work.

I see your difficulty.  You are assuming that what is known naturally must be known innately, and must therefore be independent of the senses.  Some of the revisionist natural law thinkers of the early modern period thought of natural knowledge that way, but St. Thomas doesn’t.  He believes in natural knowledge, but not in innate knowledge.

To consider the simplest example, I know naturally that good is to be done.  I wasn't born knowing this, and if I had never had the experience of anything good, I could not even have conceived the ideas that this proposition relates.  Having had such experience, however, I see for myself that the idea of what is to be done is “contained” in the idea of what is good, and is necessarily true.  How’s that?

Yes, this helps a lot!