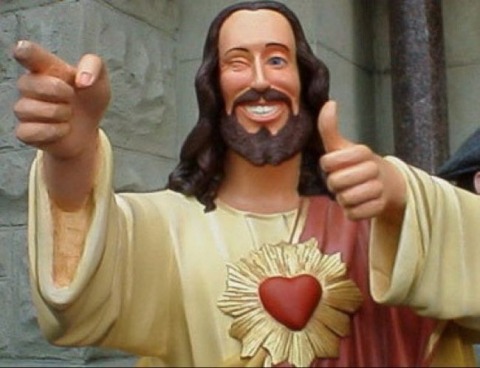 Stay calm; this is merely a reflection on one of the differences between Catholic and Protestant culture, not an attempt to cast aspersions.

The interesting result is that Protestants are much more likely to worship with people who are similar to themselves.  For example, in the typical Protestant congregation either most people are theologically liberal, or most are theologically conservative.  In Catholic parishes, there is a much greater mix; everyone is under the same roof.  Of course, certain similarities may result just from the demographics of the neighborhood in which the parish is located -- perhaps most people in the parish speak Spanish or have Czech last names -- but the kinds of affinities that result from shopping around are less likely to be found.

Whatever illusions Catholics may have, to make imagine that everyone is “just like me” is much more difficult.  The ones who adhere to the Magisterium and who reject it, the ones who understand the Church’s teachings and who don’t, the ones who are serious about their faith and who aren’t -- they are all there together.  This, I gather, is the situation which confronted the Apostles in the first century.  And it is the situation which confronts the Catholic pastor today.

It’s messy, but it has always been messy, and Catholics don’t expect it to be neat.