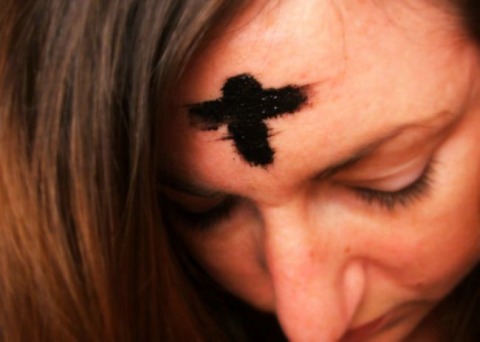 Mondays are for student letters.  This student writes from the University of Chicago.

I am emailing regarding what I consider to be a rather disturbing practice -- mortification of the flesh.  I was wondering what you thought of it and what the Catholic Church teaches about it.  I find it abhorrent, or at least, I find what I know of it to be abhorrent.  It seems to be a direct attack on the body as a gift from God, and against the created order as a whole.

The term “mortification of the flesh” refers to ascetical practices in general.  The body and the rest of the created order are good, but they are also in disorder.  So the idea of mortification isn’t to despise the body, but to make the body an obedient servant instead of being ruled by it.

One form of mortification is giving something up – for example, fasting on Fridays or abstaining from meat in order to battle one’s propensity to intemperance.   A sterner form of mortification is bodily penance, which means voluntarily submitting to something uncomfortable or even painful.  This is the one that bothers you, as I know from the original, longer form of your letter.

It’s odd that we admire athletes and Navy SEALS for practicing uncomfortable disciplines for earthly purposes, but consider them morbid when Christians practice them for spiritual purposes.  But aren’t we to be athletes and warriors of the Spirit?

Even so, the Church doesn’t teach that one has to practice these particular forms of mortification; it teaches that one is allowed to, but with warnings, to make sure the practice is not abused.  To give something up or submit to discomfort is allowable; to damage or injure the body is a heresy.  Since such practices can be abused, why would the Church allow them at all?  Simply because through the ages, many people have found them helpful – and these many include many Protestants.

True, among Protestants they are presently out of favor.  One reason may be that Protestants tend to be minimalists.  If a particular practice can be abused, or a particular doctrine can be misunderstood, then Protestants prefer to do without it.  For example, some Protestant denominations reason that because wine can be used to excess, it is better not to use it at all, even in Holy Communion.

Catholics, by contrast, incline toward maximalism.  Why miss out on anything good?  If a practice can be helpful when not abused, the Church tends to allow it but forbid the abuse.  If a doctrine is true but can be distorted, the Church teaches it but warns against the distortion.  We fast so that we can trust ourselves to feast.

Perhaps a thought experiment might help.  Imagine a young man who desires a deeper appreciation of the Passion.  As he meditates on the Crowning with Thorns, for several minutes he lightly presses his fingernails into his forehead.  As soon as he stops, the discomfort ends, and the marks of his fingernails fade away.  He prays in wonder, “O, Christ, if even these few minutes of slight discomfort have been difficult for me, what must You have suffered for my sake!  Conform me to Yourself.  Allow me to identify more completely with what You have done for me on the Cross, and keep me from being a slave to all my comforts.”

Has the young man done wrong?  I can’t see how.  Might what he has done have been spiritually helpful to him?  It seems that it was.  Should he be careful?  Of course he should.  Has he been careful?  Obviously.

Tomorrow:  Is and Ought Again