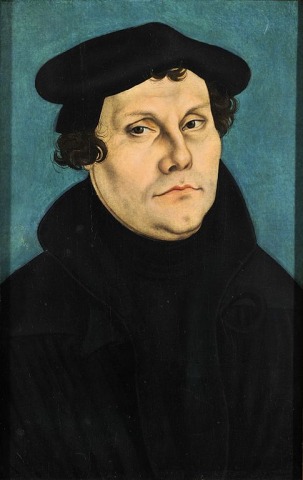 Since student letters day is Monday, why am I posting this letter on a Thursday?  Because it’s not from a student.  I thought it would be interesting anyway.

A colleague and I have been trying to think through the implications of our sinful nature.  We say that the human race is “wounded,” “fallen,” “warped,” and so forth.  Our vision is blurred.  Our desires are out of whack.  We are supposed to have brought this on ourselves.  Anyway, is this situation of fallenness correctly described as a departure from our true nature as human beings?  Or, at any rate, as a failure to develop fully as human beings?  Perhaps you have written about this.
Reply:

The question is especially important in our own era because of the tragic, ongoing division with Protestants.  Some historians claim that Protestant theology began to distance itself from natural law only in the nineteenth century.  But the roots of this hostility go all the way back to the Reformers.  They lie in suspicion of reason and nature as such, the former a temptress, the latter depraved beyond recognition.  Martin Luther wrote, “As a young man must resist lust and an old man avarice, so reason is by nature a harmful whore.  ‘But she shall not harm me, if only I resist her.’  Ah, but she is so comely and glittering.”

To be sure, not even Luther denied the reality of the natural law; in fact he insisted on it strongly, a point which cannot be emphasized enough.  The problem is that no such endorsement could continue to survive in the soil of such awful qualms.

Calvin's theology is quite favorable to natural law.  In various works, he finds a basis in natural law for the ordinance of marriage, the condemnation of fornication, the esteem due to the capable, the honor due to the old, the prohibition of incest, the help given to the needy, the affection of fathers for their children, the duties of sons toward their fathers (more generally of children toward their parents), and the even greater duties of husbands toward their wives.  More fundamentally, he clearly understood something Luther failed to grasp -- that nature could not actually be bad.  As he wrote, “it is not [to be] admitted that there is anything naturally bad throughout the universe; the depravity and wickedness whether of man or of the devil, and the sins thence resulting, being not from nature, but from the corruption of nature; nor, at first, did anything whatever exist that did not exhibit some manifestation of the divine wisdom and justice.”

Rather than maintaining that human nature is bad, Calvin held that our good nature is in a bad condition, which is exactly correct.  Nor -- unlike some of his followers -- did he hold that no good is left in us.  What he held was that each good in us is injured.  But the extremity of some of Calvin's language, and his denial of free will, did lead some of his would-be heirs to different conclusions, thinking that we have altogether lost our nature and received in its place something else, a “sin nature” -- an idea Calvin himself would have viewed as Manichaean.

What then does it mean for nature to serve as a norm in the face of the Fall?  Natural law thinkers do not suppose that nature is not fallen, but they seek to view the Fall in right perspective.  We have not ceased to be human and become something else; we have not lost our nature and acquired a wicked nature, as though there could be such a thing as an evil nature; but our nature is disordered.  Even though it preserves the same intelligibility, our vision of it is obscured and our power to follow it impaired.  We are at odds with ourselves.  As Joseph Cardinal Ratzinger once remarked in an interview, “creation has been damaged.  Human existence is no longer what was produced at the hands of the Creator.  It is burdened with another element that produces, besides the innate tendency toward God, the opposite tendency away from God.  In this way man is torn between the original impulse of creation and his own historical inheritance.”

These matters deserve more discussion than I can give in a single day, so I will return to them in the next two posts.