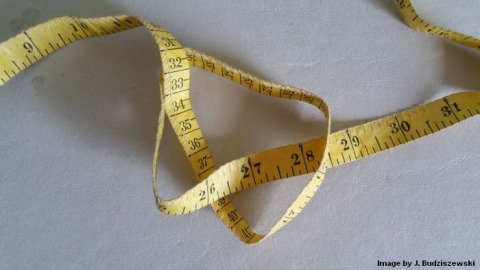 A purely ahistorical view of natural law is certainly possible.  Christians, however, view our unchanging human nature in the light of salvation history – Creation, Fall, Redemption.  How can something unchanging have a history?  The answer is that although our nature does not change in itself, its condition can certainly change, and it does.

Man was created in the condition of “original justice,” a condition of friendship with his Creator, in which he was also in harmony with his own nature, with his fellows, and with the rest of creation.  Original sin is the loss of original justice – not friendship, but alienation from our Creator.  The result of this loss is a habitual tendency to disorder, which afflicts human nature in much the same way that sickness afflicts the human body.  Just as sickness makes the body a stranger to health, so original sin makes the soul a stranger to integrity; it destroys the original harmony and equilibrium that characterized our original condition.  Once the harmony of original justice has been ruined, the various powers of the soul, which were formerly held in balance by reason, push us in different and even opposite ways.  Each power of our nature turns away from the supreme and eternal good, God, toward lesser and changeable goods.  At bottom, the disorder of our desires is nothing but this turning away.  Specific disordered desires, such as lust, are only its manifestations.

If reason is truly sovereign, then one might ask how it is possible for the appetites and emotions to be insubordinate to reason in the first place.  The answer lies in how reason exercises its sovereignty.  Borrowing an analogy from Aristotle, St. Thomas says reason commands the lower powers not by a “despotic sovereignty,” the way slaves are commanded by their master, but by a “royal and political sovereignty,” the way free men are ruled by their governor.  Even though they are subject to his rule, they “have in some respects a will of their own,” so that they can resist his commands.

Although the sin of our first parents did not take away our original nature and give us a different nature, a "sin nature," as some people mistakenly suppose, it is easy to see how this error arises.  As we have said, original justice was a gift of grace to human nature, superadded to the principles that God built into it, and original sin is the deprivation of this gift.  Although man has not literally lost his nature, the disharmony, dislocation, and disequilibrium that result from the deprivation of original justice are "like a second nature."  Yet even so, St. Thomas comments, "sin cannot entirely take away from man the fact that he is a rational being, for then he would no longer be capable of sin.  Wherefore it is not possible for this good of nature to be destroyed entirely.”

The doctrine of original sin helps to understand a great many things about us that would otherwise be puzzling:  For example, why is it so hard to do what we see that we ought to do, and avoid what we see we should avoid?

It also reminds us of a fundamental difference between the way Christians reason about natural law, and the way pagans and secularists reason about it.  Although the pagan can theorize about human nature and its laws, he is at a grave disadvantage in understanding them.  Just because he does not know about original justice and original sin, he is apt to think that our disharmonious, dislocated, disequilibrated state is our normal state -- that original sin is our original condition.  At the level of those deep intuitions that are expressed in myths of primal ruin, even he senses that something is wrong with us, that something is not as it should be.  Yet at the level of theory, he does not know what to make of these intuitions.  For though he may know all about the present human condition, he lacks the history of how its disorder came to be – and of how it can be remedied by grace.

This concludes the series on natural law and original sin.

Tomorrow:  Attempt at a Definition (no, of something else)