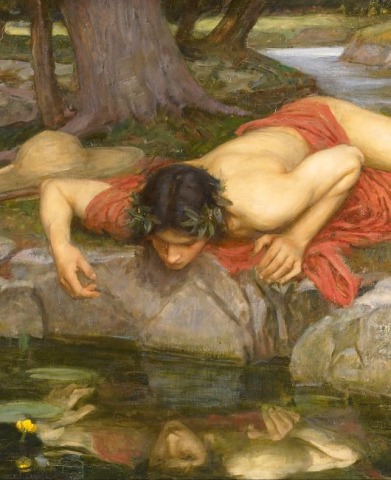 This will be the first presidential election since reaching voting age that I’ve sat out.  I will not vote for either major party’s standard-bearer.

The nominee of one party has never believed in anything but self-promotion.  He is characterologically incapable of holding any principle, save that one.  He is a narcissist; he is a sociopath; and as a consequence of having so little interest in external reality, he is not of sound mind.

Long ago, the other nominee seems to have believed in principles, but they were profoundly wrong ones.  Besides, she has promoted herself as a means to her ends for so long that at last her means have displaced her ends; the principles to which she once devoted herself have at last become a mere means to herself.  Her ideology persists, but only as a sort of reflex, or mental tick.  So although she has reached it by a different path, her destination is much like the other nominee’s.

It is hardly necessary to add that neither nominee believes in the Constitution.  One of them does not even know how many Articles it contains; he has thrown out the figure twelve.  The other probably knows, but does not care.  Sic volo, sic jubeo, sic pro ratione voluntas.

I sympathize with both groups, but I think they have misconceived the nature of the choice.  The analogy with poker is misplaced, for this wild card is wilder than they think.  It does not just take different values; it is playing a different game.  And the reference to “known” evils is misplaced -- not just because evil cannot be “known” in itself – for it can certainly be known in its effects – but because this sort of evil is the sort that breeds.

Besides, there is a third alternative.  One can say “No” to both nominees.

I do not disagree.  The question is what it is that one is saving as much of as possible.  By saving as much as one can, my honest friends mean saving as much of one’s policy goals as one can.  But in the first place, there is no longer any path to saving decent policy goals.  For example, although it is true that a victory by the criminal would spell the triumph of the party which is programmatically committed to death, a victory by the sociopath would spell the destruction of any pretense to the other party’s commitment to life.  In the second, this time the stakes are greater than policy.  We are not playing for this law or that; we are playing for the rule of law itself, in which neither nominee believes.

So I do propose saving as much as one can -- of something else.  Whether the republic itself can be saved is uncertain; time will tell.  But there will be no republic without conscience, and we can save every farthing of that.

Each must follow the certain judgment of his own conscience, and this is mine.  May God have mercy on us all.