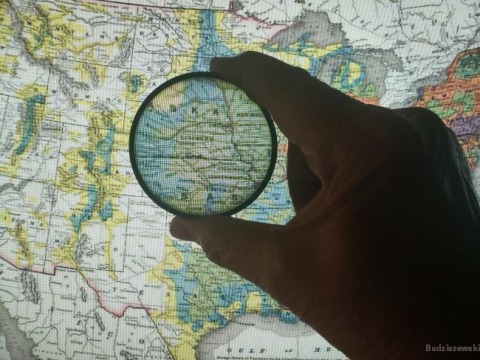 In every generation, the virtues of localism need to be reconsidered.  I believe in the natural law principle of subsidiarity, which means that whatever small forms of association can do, they should be allowed to do, especially when what they are doing is what they are naturally suited to doing.  For example, if the question is who should make decisions about the how to raise, care for, and educate children, the presumption should always lie with families, ruled by parents, not with the government, ruled by bureaucrats.  Government has a genuine responsibility to make laws for the common good, but it can never serve the common good by trying to absorb the functions of the family, or insert itself between children and fit parents.

Generally speaking, subsidiarity means that small is beautiful.  Surprisingly, though, the principle doesn’t necessarily translate into absolute localism.  The implications of subsidiarity are very clear when the choice lies between government and nonpolitical forms of association such as families.  However, they are much less obvious when it lies between lower, middle, and higher levels of government, and the right balance may even change over time.  Why is this so?

If local government decisions were always made in a participatory fashion, then no doubt it would almost always be better for matters of local concern to be settled at the most local level.  The reality, however, is that in all governments -- even local ones -- decisions tend to be made by elites.  So the question is what kind of elites will make them.  Will decisions be made by monolithic elites who squeeze out everyone but themselves, or by heterogenous elites made up of competing elements?

As James Madison realized, local elites are more likely to be monolithic.  By contrast, if representatives are drawn from all the different localities of a large geographical area, the elite group is really a coalition of groups that may disagree among themselves.  They will be forced to find some sort of accommodation of all of the different interests they represent.

Paradoxically, the result is that plain persons and their families may sometimes be better served and listened to by a government that, while not remote, is a little bit further away.

How much further away?  Madison thought that even individual states were too uniform.  For this reason, he believed that they always succumbed to the tyranny of the local majority.  Congress, he thought, with representatives from all over the big, mutifarious country, would make much better decisions.

However, individual states contain far more competing interests in our day than they did in Madison’s.  It seems to me that this knocks most of the stuffing out of the argument for bumping lots of state decisions upstairs to the federal level.

Then again, his argument may retain some of its force if we drop one rung lower down – considering not the balance between states and the federal government, but the balance between localities and the state governments.  For even today, far fewer interests and points of view are represented at the level of most towns and cities than at the level of most states.  True, we no longer have many company towns in which everything is decided by the lords of the dominant local business, but we do have a lot of party towns or ideology towns in which those who don’t think in the approved way can hardly get a word in edgewise.

Take, for example, how the schools are run in the independent school district of my own ideology town of Austin, Texas, where even highly motivated parents have a hard time finding out what is going on in the name of sex education.  In one notorious (but not unexpected) incident in 2019, a convicted male prostitute who performs under the name “Miss Kitty Litter” was invited to have contact with young children at Blackshear Elementary School’s Fine Arts Academy for seven hours.  The officials who extended the invitation weren’t naïve or uninformed.  On the contrary:  They considered the man’s deviation a plus for the children rather than a minus.

In the short term, this is unlikely to change at the local level.  Parents in Austin are viewed as merely another interest group alongside people who want to sexualize children.  After all, lots of people have an “interest” in children, and aren’t they “stakeholders” too?  You could even call giving them access to children “pluralism.”  In fact, some do.

So localism is not all one thing.  The argument for bumping all sorts of state decisions upstairs to the federal level is very weak.  Yet the argument for bumping various local decisions up to the state level is often very strong.  Families and other “little platoons” may sometimes be better protected from the heavy and intrusive hand of government if governmental decisions are not made at the very lowest level possible.