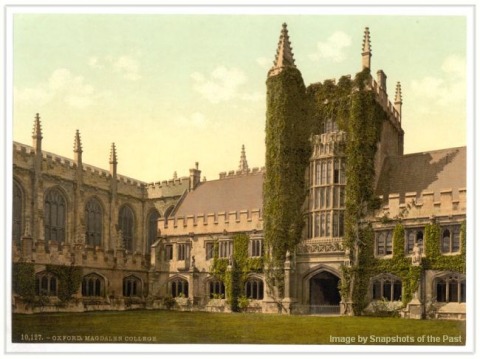 If you think you are called to be a scholar of the liberal arts, I encourage you.  But let me rattle your thinking a little about how to do it.

When I was in grad school, that sort of young person assumed that there was one main way to pursue the life of the mind:  To become an academic -- probably a college or university professor.  For four reasons, the assumption is no longer a safe one.

The first two reasons are unhappy ones.  The third is mixed.  The fourth is very happy, so this post will have a good ending.  But stay with me.

First:  University colleges of liberal arts are becoming less and less hospitable to the kinds of scholarship that used to be their hallmark.  Officially the study of the great literature and thought of the ages and trying to extend its insights is a good thing and what we all try to do, but the very phrase “Western civilization” makes many university faculty spit like cats.  Officially the university adheres to no religion, but the unofficial religion is practical atheism.  Officially it enforces no moral code, but it adheres strongly to the dictatorship of relativism.  If you like that sort of thing, you will fit in quite well as a professor.  But if you don’t, you may find it difficult.

Second:  The university is hardly a “university” in the original sense any more, because its citizens and subjects no longer believe in the universal truths which tie together all fields of knowledge and are the calling of all minds to find out.  Having discarded its original mission, the institution tries desperately to justify itself by taking on odd jobs.  Some of these odd jobs are worthwhile, but in each case someone else could do them much better or more cheaply.  For granted the merit of football, why do we need a university to field a team?  Granted the merit of job training, why is a university needed to teach recreational administration?  Granted that a certificate of employability might be a good thing, what makes a university the best certifier?  Granted the need for military and industrial research, couldn’t it be done by the military and by industry?  And granted the need to prepare young people for adult responsibilities, is assembling them in vast numbers for four years, isolated from those very responsibilities, surrounded with temptations to party, really the best way to do it?

Third:  As the rest of the society begins to catch on that there is no good reason to have a single institution perform all the odd jobs it has accumulated, other parties are peeling them off and taking them over, one by one.  For this reason, it seems unlikely that the current state of affairs can long continue, especially because it is inefficient and increasingly expensive.  Universities have become like collections of unrelated objects tied together with thread, and the thread is coming loose.  I suppose that counts as a good thing rather than a bad one, because it ought to come loose.  But the unravelling it is going to cause a lot of pain in the meantime.

Finally the happy reason for changing how one thinks about a life of scholarship.  If one takes a long enough view of things, it is very happy indeed.  Just because the universities are abandoning their original mission, persons who do believe in that mission are seeking other ways to take it up.  Intellectual organizations of strange and diverse form are popping up in unexpected places.  Some have resident scholars, others don’t.  Some take students, others don’t.  There is no blueprint for this sort of thing.  It is all an experiment and adventure, with lots of disappointments and a few beautiful successes.

So although for now, most young people who are genuinely called to scholarship will continue to seek employment in universities, this will change.  Is scholarship your calling?  Then get your sea legs, because you may need to keep your footing on a rolling deck.  Be imaginative.  Try things.  Exchange ideas with others.  Make time to read and write, even if you can’t give up your day job.  Have respect for the old gatekeepers, but look for ways to get around them too.  Find new ways to organize communities of serious thought.

How do you think universities began in the first place?