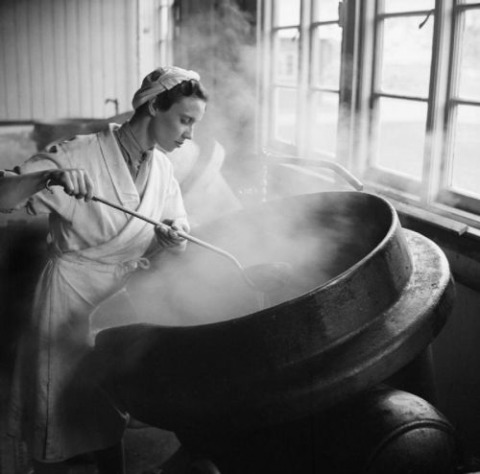 Yesterday I suggested that James Madison’s Constitutional strategy of “pitting ambition against ambition” is like Hamburger Helper.  Just as meat extenders don’t substitute for meat, so his strategy doesn’t substitute for virtue:  It merely helps the little bit we have go a little bit further.  The theory works like this:  A man who is driven by ambition has a strong motive to restrain other ambitious men, because the more power they attain, the less is left over for him.  If he has no virtue at all, he may restrain them by playing dirty.  If if he has just a little virtue, perhaps he will content himself with clean weapons like constitutional checks and balances.  So everyone is restrained by everyone else, and we are all better off.

The underlying theory can be generalized:  Provided that there is some residuum of virtue, sub-virtuous motives can be channeled to keep even greater vices in check, thereby extending virtue’s work.  Here are a few other example:

For capitalism, the sub-virtuous motive is desire for wealth.  If businessmen have no virtue at all, they will seek wealth by defrauding their customers and seeking to obtain monopolies from the government.  But if only they have just a little virtue, they might compete within a framework of laws against fraud and monopoly by lowering the price and improving the product, to the benefit of all.

For the Roman Republic, the sub-virtuous motive was desire for glory.  If the nobility has no virtue, they will seek glory by corrupting the electorate and assassinating their rivals.  But if only they have just a little virtue, they might compete within a framework of shared expectations about what is and isn’t done by performing acts of conspicuous benefit to the commonwealth.

The flaw in the strategy of using vices to counteract even greater vices was recognized by St. Augustine in his great fifth century work City of God Against the Pagans.  Remember, without that little bit of virtue to steer them, men will pursue their sub-virtuous interests in the wrong ways rather than the right ones.  But the more one relies on such interests, the more the reservoir of virtue is drained.  So unless something replenishes this reservoir, the strategy collapses.  (What can replenish it?  Now there is a question for political theorists!)  Augustine thinks this is why the republican love of glory was replaced by the sheer lust for wealth and power, and the republic collapsed.

He who trains dragons to keep wolves under control must reward them with food. Eventually the dragons grow large enough to hunt their own food. At this point they set aside their training and do as they please.