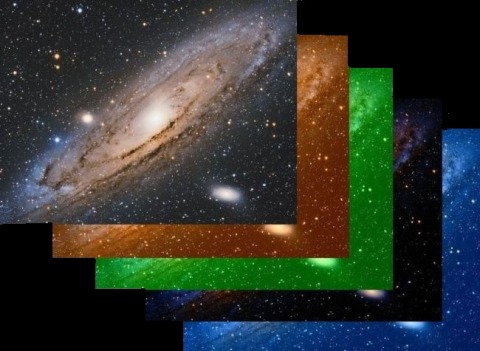 Physicists know that if certain physical constants did not happen to lie within an extremely narrow range, the universe would be inhospitable to biological life.  Consider for example those heavens of which the psalmist speaks so eloquently.  If the gravitational constant were minutely stronger than it is, stars would burn up too quickly.  If it were minutely weaker than it is, they would never be able to ignite.  The universe seems to have been fine-tuned for the possibility of life like us.

"Fine-tuned," of course, is another word for "designed."   Even the Nobel Prize-winning physicist Fred Hoyle wrote, “A common sense interpretation of the facts suggests that a superintellect has monkeyed with physics, as well as chemistry and biology, and there are no blind forces worth speaking about in nature.”  Curious words for an atheist, but that’s what he wrote.

One of the most popular attempts to discredit the cosmological fine-tuning argument proposes that what we call our universe is really only one member of an infinite ensemble of universes, in each of which the physical constants have different values.  Of course the values in ours are hospitable to life, the argument runs -- if they weren’t, we wouldn’t be here observing them!  However, it goes on, this is no more surprising than the fact that if you go into a room, hang up a target on the wall, then fling an infinite number of mudballs in an infinite number of directions, at least one of them will hit the bullseye.  No doubt the winning mudball thinks it is the product of miraculous aim, but it isn’t.

This argument against fine-tuning sounds rather good at first, but it is fallacious.

In the first place, whatever happened to Occam's Razor?  “Entities should not be multiplied unnecessarily,” wrote William of Occam.  All other things being equal, simpler explanations that assume fewer things should be preferred to complicated ones that assume more things.  Yet instead of the hypothesis of just one God, the multiverse argument hypothesizes an infinite number of universes -- all of them, by the way, unobservable.

For who made the room?  Who hung the target on the wall?  And who flung all those mudballs?

The quotation is from Fred Hoyle, “The Universe: Past and Present Reflections,” Annual Review of Astronomy and Astrophysics 20 (1982), p. 16.