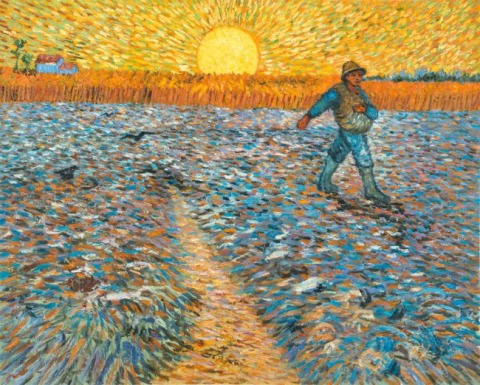 The divisions of time are arranged so that we may have a start or shock at each reopening of the question.  The object of a New Year is not that we should have a new year.  It is that we should have a new soul and a new nose; new feet, a new backbone, new ears, and new eyes.  It is that we should look out instantaneously on an impossible earth; that we should think it very odd that grass should be green instead of being reasonably purple; that we should think it almost unintelligible that a lot of straight trees should grow out of the round world instead of a lot of round world growing out of the straight trees.  The object of the cold and hard definitions of time is almost exactly the same as those of the cold and hard definitions of theology; it is to wake people up.  Unless a particular man made New Year resolutions, he would make no resolutions.  Unless a man starts afresh about things, he will certainly do nothing effective.  Unless a man starts on the strange assumption that he has never existed before, it is quite certain that he will never exist afterwards.  Unless a man be born again, he shall by no means enter into the Kingdom of Heaven.

Of such dramatic renascences New Year's Day is the great example.  Doubtless this division of time can be described as an artificiality; but doubtless also it can be described more correctly, as a great artificial thing ought always to be described--that is, as one of the great masterpieces of man.  Man has, as I have urged in the case of religion, perceived with a tolerable accuracy his own needs.  He has seen that we tend to tire of the most eternal splendors, and that a mark on our calendar, or a crash of bells at midnight maybe, reminds us that we have only recently been created.  Let us make New Year resolutions, but not only resolutions to be good.  Also resolutions to notice that we have feet, and thank them (with a courtly bow) for carrying us.

-- G.K. Chesterton, from a column in the Daily News, reprinted in Lunacy and Letters.