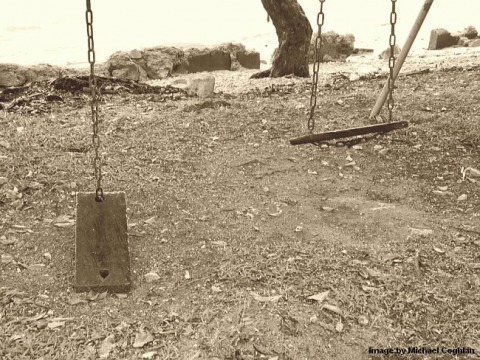 We should always reason logically, but right reason isn’t just about logical arguments.  The pain of growing up in a broken home deeply affects how some of my students think about the natural laws of marriage, family, and sexuality.  Sometimes they draw the wrong lessons.

One young man told me that he longed for a loving, faithful, and permanent marriage, but his own mother and father hadn’t managed it.  Since he loved them, he simply couldn’t bring himself to think that he would be able to do what they hadn’t been able to.  What he longed for, he concluded, was impossible.  Ironically, his very desire to follow the commandment to honor his parents made him despair of following the one about being faithful forever to his wife.

On the other hand, some of my students react strongly against the notion that honor really is owed to mothers and fathers.  Intensely and persistently, they ask what kind of honor could be owed to bad parents.  Their challenge doesn’t have the feel of a hypothetical thought experiment.  One cannot help but think that some of them are thinking of their own mothers or fathers, or perhaps about the parents of persons close to them.

At the other end of this spectrum of feelings, a young woman in one of my classes found it difficult to accept the ideal of marriage as an enduring union between the mother and father just because she was so fiercely protective of her own mother, who had raised her alone with no help.  It seemed to her that to say that a child needs both a Mom and a Dad was a slur on her own beloved Mom – until she talked with her Mom about it and discovered that Mom didn’t agree.  Yes, her mother told her, it would have been better and easier had her father had been there to help, but she had never before spoken with the girl about it.

And then there was the student who sadly wrote about being born out of wedlock, “I am just a product of a violation of the natural law.”  That kind of statement breaks my heart.

I answered her, “No natural law thinker would ever say that about you.  Every human being is a person, a who, not just a what.  Thomas Aquinas rightly said that the word person signifies ‘that which is most perfect in all nature.’  The value of a human person cannot be diminished by so much as a feather’s weight just because of the circumstances of his or her conception.”

Mothers and fathers, if you are having difficulties, I hope you will resist the temptation to think of divorce as an escape.  If only you close that door, it will be much easier to work things out.  One day your children will bless you for it.