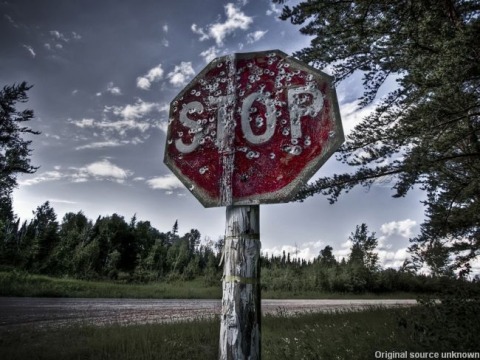 The classical natural law tradition holds that there really are such things as exceptionless moral precepts, rules that must never be broken, lines of conduct that can never be placed in right order to the ultimate and final good.

If true, this is profoundly important.  Many, especially those who are called consequentialists and proportionalists, think it is false.  They believe that under certain circumstances, anything whatsoever might be morally permissible, or even required.

I think the tradition is correct and the objectors dreadfully wrong, but the objector asks, “How can this be?”  Consider a simple moral precept that seems to have no exceptions:  “Do not steal.”

On the face of it, the precept seems pretty clear.  But what counts as stealing?  To clarify, we might say “Stealing is taking from another person.”  But not all taking from another is wrong.  It isn’t wrong to levy a just tax for the common good, or to make an offender pay a fine.  The objector says, “See?  There aren’t any exceptionless precepts.”

The straightforward solution is that whatever really is stealing is wrong, but those things are not stealing.

But to make this answer work, we need to specify more clearly what counts as stealing.

Perhaps we can do better with Thomas Aquinas’s formula, “Stealing is taking from another person unduly,” or, as we would say, “wrongly.”  But now the objector might say that this formula makes the original prohibition of stealing tautological:   It turns it into the circular claim that it is wrong to take what it is wrong to take.

With a little help from the tradition, let’s go still further.  “Stealing is deliberately taking from another person what rightly belongs to him against his reasonable will.”  Have we now escaped our difficulties?

Well, I do think this traditional formula defines stealing correctly, but right away we notice that it requires us to understand a set of other moral concepts:  “Deliberately” acting, what “rightly belongs” to a person, and what it would not be “reasonable” for him to will.

And obviously, the explanation of each of these moral concepts would require us to understand still more moral concepts.  To consider just the first one, suppose I elucidate by saying “Deliberate action is action performed knowingly and as the outcome of consideration and choice.”   This requires us to understand what is meant by action performed “knowingly,” and what is meant by “deliberation and choice.”

The problem isn’t that there are exceptions, but that in order to understand any ethical reality fully – in this case the wrong of stealing -- we have to understand others as well.

Still, we might wish things were simpler.  Could we make them simpler by reducing everyday ethical meanings to more elementary ones, and those to still more elementary ones, until finally we reached a finite set of absolutely simple starting points?  Well, there are starting points, but that’s not how they work.  As St. Thomas pointed out, everything in ethics does come down to the elementary notions of good and evil -- unless we understand what those two mean, we cannot understand anything else – but that doesn’t mean we don’t need other ideas too.

For example, justice is good and injustice is evil, but justice is a particular species of good, differing from others.  To explain what species it is, we have to bring in the idea of what people deserve.  Does that mean that if only we expand our set of elementary notions from “good and evil” to “good, evil, and desert,” then all our problems will be solved?  Nope, for what people deserve depends in turn on proportionality.  It would not be proportional for me to demand that you give me six dollars in return for three dollars’ worth of bread.  So are we all right if only we expand our set to “good, evil, desert, and proportionality?”  Not then either, because proportionality depends on other things, which depend on other things, which depend on other things.

There is probably no limit to this sort of thing – the further we go in deriving ethical “theorems” from “axioms,” the more elementary notions we will have to bring in.  Yes, certain basic notions are necessary for understanding any ethical statement at all, but no, we cannot reduce all ethical statements to a finite set of elementary ones.

Something like this is true in logic and mathematics too.  The further you go, the more axioms you need to prove the theorems.  They don’t teach that in Geometry I, but it’s true.

Mathematicians have learned to live with that sort of thing.  So can we.  We don’t have to despair of understanding what the moral rules mean, because it is always possible to settle things that aren’t clear to us by considering others that are at least more clear to us.  Can we reduce every ethical notion to a finite set of absolutely elementary notions without anything left over?  No.  But we can reduce every ethical notion to notions that are clearer to us.

Back to ethics:  Saying that stealing is deliberately taking from another person what rightly belongs to him against his rational will doesn’t answer all possible questions either.  But in the vast majority of cases, we do understand “enough to go on” about what it means to do things deliberately, what rightly belongs to a person, and what it is reasonable for him to will.  If we are still puzzled, we can ask more questions.  If even the least attempt to explain what we are not to take from others left us in the dark, we would have a problem, but this turns out not to be so.

We are now in a better position than before to answer the question of whether there are any exceptionless moral precepts.

At the level of complete generality, the proposition “Avoid evil” has no exceptions.

At the second level of generality, the proposition “Do not steal” still has no exceptions.

At the third level of generality, the proposition “Do not take from another unduly” still has no exceptions.

At the fourth level of generality, the proposition “Do not deliberately take from another person what rightly belongs to him against his reasonable will” still has no exceptions.

It is not until a much later stage of detailed specification that we begin to hit propositions that do have exceptions, such as “Whenever someone has left his property in your safekeeping, then if he demands it, return it to him.”  To these more detailed rules – though not to the general ones -- there are exceptions, and the more detailed we make them, the more exceptions there are.  For instance, if I am staggering drunk when I ask for my car keys, you should withhold them until I am sober.  Yet it would be absurd to suggest that the ordinary person hasn’t a clue how to proceed concerning these exceptions.  He knows a great deal.

True, since the ordinary person doesn’t speak like an ethical philosopher, he may not be able to parse the proposition “Do not deliberately take from another person what rightly belongs to him against his reasonable will.”  But whether or not he can parse it, he intuitively grasps the things that the proposition is about.

Those who think about these things can explain the reasons why none of these are stealing.  For example, culpability requires knowledge; I may have been culpable of carelessness for driving away, but not culpable of stealing.  Moreover, the institution of private property exists because the good of all is better accomplished with it than without it; it does not exist merely for the good of the possessor.

This implies:  That besides rules, we need virtues, like wisdom, which tell us what living by the rules is about.  We possess these virtues to varying degrees.  Some ethical precepts are so simple that they can be understood by everyone.  Others can be understood only by the wise, so that those who are wise must instruct the simple.

But this does not imply:  That there are exceptions to everything, that the general moral rules are circular, or that, under the right circumstances, anything whatsoever might be permissible.

So the proposition that when properly understood, some precepts have no exceptions whatsoever, involves us in subtler matters than may at first appear.  But it is true.