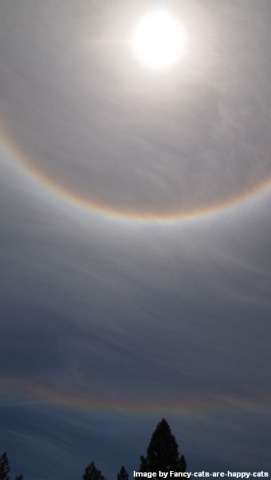 Readers, I would be grateful if you would ask your libraries to

purchase the Commentary on Thomas Aquinas’s Treatise on Law

The difficulty with the view that when St. Thomas speaks of universally known moral rules he means only vacuous generalities is that he explicitly contradicts it.  For in a later section of the Summa, where he is explaining the relation between the natural law and the moral precepts of Old Testament law, he remarks, “there are certain things which the natural reason of every man, of its own accord and at once, judges to be done or not to be done: e.g. ‘Honor thy father and thy mother,’ and ‘Thou shalt not kill,’ ‘Thou shalt not steal’: and these belong to the law of nature absolutely.”[3]  He makes much the same point in his commentary on Aristotle’s Nicomachean Ethics, where he remarks that “in practical matters there are some principles naturally known as it were, indemonstrable principles and truths related to them, as evil is to be avoided, no one is to be unjustly injured, theft must not be committed and so on”.[4]  St. Thomas speaks here of first indemonstrable principles of practical reason in the plural – there are more than one.  He says that the things naturally known include not only such first indemonstrable principles, but also truths related to them – this probably means proximately derived from them -- such as “theft must not be committed.”  Although he is explaining a point in Aristotle about the meaning of the natural just, the illustration about theft is his own, not Aristotle’s.  The upshot is that yes, he does think we all know we must not steal.

Am I being hasty?  For someone might suggest that St. Thomas explicitly contradicts my own interpretation too.  In a later Article in the same Question, he writes that “Some precepts are more detailed, the reason of which even an uneducated man can easily grasp; and yet they need to be promulgated, because human judgment, in a few instances, happens to be led astray concerning them: these are the precepts of the decalogue.”[5]  If the possibility of being “led astray” concerning these precepts means that from time to time a person might be altogether ignorant of their truth, then St. Thomas is admitting that they are not the same for all as to knowledge.  And at first it seems that this conclusion must be right, for back in Question 94, Article 4, following the Dominican Fathers translation of the Summa, widely accepted as the gold standard, St. Thomas famously remarks that “theft, although it is expressly contrary to the natural law, was not considered wrong among the Germans.”

This time the problem with the objector’s interpretation is that it seems to make St. Thomas contradict himself.  In dealing with a thinker of St. Thomas’s stature, we should always investigate whether an apparent inconsistency can be resolved.  This one can be, for there it is far from obvious that the expression “led astray” refers to moral ignorance, and as to that troubling passage about the Germans, the translation has slipped badly.  Read properly, St. Thomas is not in any way suggesting that the Germans were ignorant of the wrong of theft.

What do I mean by the proper reading?