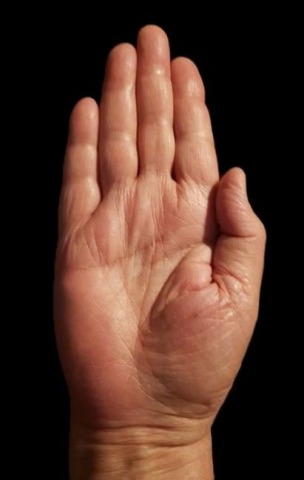 I will teach you the best that I can.  When I hold the majority view about the subject that I teach, I will often play devil’s advocate for the opposite view.  When I hold the minority view, I will do so less often, because I may be the only advocate to whom you have access.  I will not pretend to a false neutrality in order to indoctrinate you in my views while appearing not to do so.

Reasoning is making judgments; refusing to make judgments is refusing to reason.  Therefore, I will never consider you disrespectful, or criticize you as “judgmental,” for disagreeing with me or with a classmate, provided that you courteously give reasons for what you think.  I will expect you to treat me and your classmates in the same way.  Disrespect is shown not by differing from the other party, but by failing to take the other party seriously enough as a rational being to give a reason for differing.  The standard of argument is not whether you have convinced the other party, but whether you have presented your reasoning clearly and cogently.

Feelings, such as pleasure, sorrow, pride, shame, anger, delight, or disgust, are data, and, like any data, should be taken seriously.  Among other things, they may call our attention to things that would otherwise be overlooked.  However, feelings are only data, and no data are self-interpreting.  What we feel about a claim or theory does not by itself tell us whether the claim or theory is true or false, for we may feel bad about something that is true, or feel good about something that is false.  I will try never to forget this, and I will try to help you remember it too.

As I teach, I will bear in mind that although knowledge can advance, the mere fact that some view of things has persisted since ancient times does not make it false or obsolete.  On the contrary, it is a point in its favor.  The conclusion that we ought to draw from the fact that fashions in thought change is that the last 15 minutes are not the judgment of history.

I will also bear in mind that although majorities can be wrong, the fact that almost all people not just in one time but in almost all times and places have held some opinion is also a point in its favor, provided that the opinion concerns matters about which they have personal experience.  Thus, it would mean nothing if most people had always thought the moon were made of cheese, but it means a great deal that most people have always thought life is a thing to be grateful for.

The purpose of study and reflection is to discover, to contemplate, and to live according to what is true.  Though I cannot promise that I will always know the truth, I pledge allegiance to it.  Therefore, I forswear that false humility that pretends that truth is unattainable, as well as that false sophistication that tells lies in its name.  I will discourage the sort of skepticism that seeks to avoid coming to conclusions, but I will encourage the sort of self-examination that seeks to avoid reaching them by fallacious routes.  I will encourage you to discover whatever may be amiss in your reasoning, and I will try to teach well enough for you to have a fighting chance of discovering whatever may be amiss in my own.