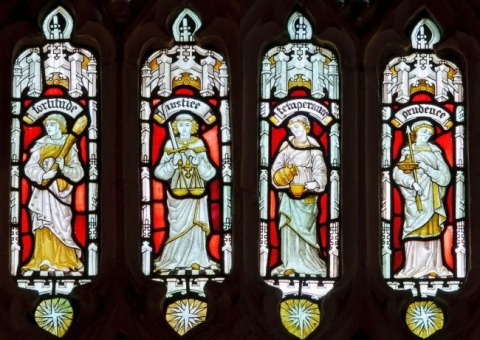 I read your argument that a bad man cannot be a good statesman – a theme I always enjoy bringing up when I teach.  There are interesting dilemmas, however.  I was not old enough to vote in 1972, but even knowing then what I know now, I do not believe a vote for McGovern could be justified -- which leaves me with Nixon.  But I see no other choice.  Your view?

The remark I’ve just made uses the term “good man” in your sense of the term.  By a good man, I think you mean someone who has all of the moral virtues, even though he may lack prudence.  Senator McGovern certainly lacked prudence, and he would have made a terrible president.

But there is another, older way to take the meaning of the term “good man.”  For in the classical view, prudence is one of the moral virtues.  In fact, it is their intellectual pivot, because it is nothing more than the wisdom to know how to pursue the ends which the other virtues make us desire.  In this sense, a completely virtuous man is not one who possesses justice, fortitude, and temperance, even though he may lack prudence.  He is one who possesses justice, fortitude, temperance, and prudence.

Then would a good man in that sense inevitably be a good statesman?  The answer is still “No.”  Someone might be prudent in the everyday things with which we all have to deal, but not prudent in the larger matters which concern the body politic.  If he has all the other moral virtues, and moreover he has not just everyday prudence but also political prudence, then I would say yes, he has what it takes to be a good statesman – but not every ordinary good man does.  Far from it.