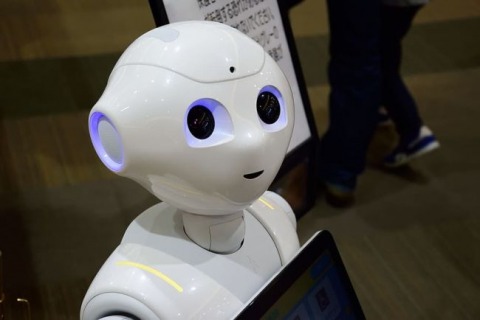 Is there anything that isn’t racist?

“We hope that our study encourages robot designers to create robots that represent the diversity of their communities .... There is no need for all robots to be white.”

“How is it possible that well into the 21st century, parents all over Manhattan — well-meaning, #BLM-marching parents — are teaching their children to ask ‘little White men’ [in the traffic signals] for permission to cross the street?  And why doesn’t this seem to bother them?”

“In my own field of research, you can see an imperialist view prevail. Scientists continue to report how new species are ‘discovered’ every year, species that are often already known and used by people in the region – and have been for thousands of years .... The first inhabitants of Brazil and the first users of plants in Australia often remained unnamed, unrecognised, and uncompensated.  They are quite literally invisible in history.  This needs to change.”

“Definition of theme:   Power and oppression, as defined by ethnic studies, are the ways in which individuals and groups define mathematical knowledge so as to see “Western” mathematics as the only legitimate expression of mathematical identity and intelligence.  This definition of ​legitimacy is then used to disenfranchise​ people and communities of color.  This ​erases the historical contributions​ of people and communities of color.

The Knitting Community Is Reckoning with Racism

“A new city policy requiring public signs on brick buildings warning they might collapse in an earthquake is part of a long history of white supremacy aimed at forcing black people to move out of neighborhoods, the NAACP of Portland, Oregon, says.”

"Historically, the people in early England or ‘Englelond’ did not call themselves 'Anglo-Saxons' ... The term was used sporadically during the early-English period, but by and large the people in early medieval England referred to themselves as ‘Englisc’ or ‘Anglecynn.’  ‘Anglo-Saxon’ became more popular as a phrase in the 18th and 19th centuries when it was used to link white people to their ‘supposed origins.’  It was later adopted by Hitler, who wrote of the ‘Anglo-Saxon determination’ to hold India.”

"Library collections continue to promote and proliferate whiteness with their very existence and the fact that they are physically taking up space in our libraries."

Thomas the Imperialist Tank Engine:  The Not-So-Hidden Subtexts of the Popular Children’s Show

“Thomas and his ‘friends’ often ‘tease’ like this: ‘Wake up lazy bones! Do some hard work for a change!’ .... He and his friends are clearly imperialists ....

“It may be a few years before I lay out the particularities of British imperialism to my son ... [but] in our home ... some ugly truths about unjust train society must be told.”

I gratefully acknowledge that these came to my

attention through the twitterfeed of Titania