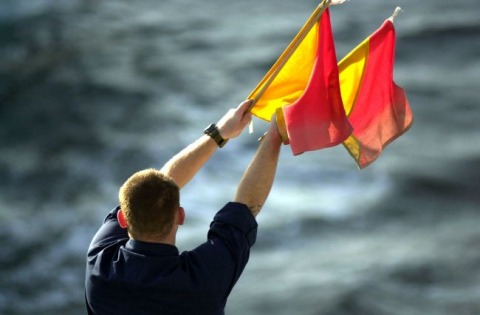 Last week on the Opinion page of the Wall Street Journal – a newspaper I began reading during my socialist days to keep track of what the capitalists were thinking – I ran across an article by one of my favorite essayists, Joseph Epstein.

Epstein argued that one of the problems of today’s politics is that a person’s political beliefs represent his highest view of himself, so that opposing his politics is resented as a slam on his virtue.

Very true.  But I wonder  if I might quibble a little.  My first grumble has to do with the title of the piece, which I’m sure isn’t Epstein’s fault, since editors often choose embarrassing titles without consulting the authors.  The title was “There’s Too Much Virtue in Politics.”  Spare us.  That isn’t what Epstein argued.  What he really said was that there is too much virtue signaling in politics, and that is correct.  I would say that there is not nearly enough virtue in politics.  We pay far too much attention to arbitrary symbols of virtue, and far too little attention to the thing itself.

A point I think Epstein could have made more clearly is that some policy positions really are correlated with traits of character, although most, as he sees, are not.

If someone supports infanticide, you can confidently say that he isn’t playing with a full moral deck.  Infanticide is murder.  There are a number of issues of this kind.

But you can’t draw such conclusions about a person’s virtue from his view of, say, government handouts.

Epstein gets it half-right here.  Liberals may “see their virtue” as lying in compassion for the poor, and conservatives may “find their virtue” as lying in things unrelated to the well-being of the poor.   But although Epstein is not a liberal, that is a characteristically liberal way of explaining the difference between liberals and conservatives, and it leaves out half the picture.

For a good case can be made that some ways of trying to help the poor – especially government handouts – actually hurt them, not only morally but materially, by generating perverse incentives and undermining families.  Consider what that implies.

Yes, a liberal might support the expansion of handouts because he believes they help the poor.  I’m sure some do.  But if he knows better empirically (as he should), then his real reason for supporting their expansion may be that he wants the poor to be permanent dependents who will reliably vote for his party.

And what do liberals and conservatives think about all the other ways of trying to help the poor, especially those which don’t involve the government?  A virtuous person might support some ways while opposing others – and so might a cynic, but for different reasons.

The upshot is that in most cases, to judge someone’s character you need to know more than what policies he supports.  You have to know what he believes the empirical effects of the policies are -- and you have to know his motives.

This has nothing to do with “liberal virtues” vs. “conservative virtues.”  But it may have a lot to do with virtues.

On Not Being Too Quick to Smirk

Can Politics Be Reduced to a Science?

The Permanent Advantages of Good and Evil

The Threshold of Judgment