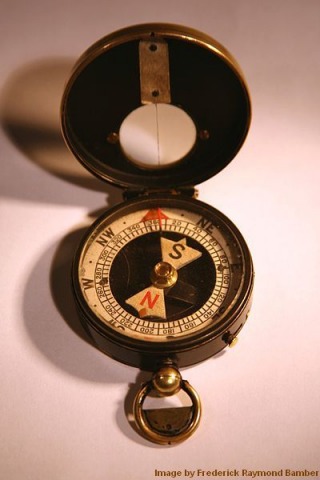 A loyal dog displays something that looks like shame at its master’s reprimand.  Its ears droop, and its tail seeks the shelter of its legs.  Is this conscience?  No.  The dog is merely signaling submission.  Conscience is a privilege of rational beings, an echo of moral law.  And mark this amazing fact:  Even though it is my conscience that commands me to act and accuses me when I do wrong, it seems to speak to me with an authority greater than my own.  It presents itself not just as a medley of attractions and aversions which I happen to have, but as an interior witness to moral truth, to a law that directs me and by which I am measured and judged, to a standard that I did not make up.

It may seem that all this is error or delusion:  That conscience could not be the interior witness that it seems to be.

One group of deniers simply asserts that conscience is merely a social construct, meaning a set of desires and aversions we happen to have decided together that we will have.  We’ve agreed to feel bad about stealing; tomorrow we may agree to feel good about it.

Another group of deniers claims that conscience is a set of desires and aversions pumped in from the outside, an internal emotional residue of lessons taught to us when we were growing up.  I don’t feel good about lying, but if only mother had taught me to lie, then perhaps I would feel good about it.

A third group of deniers says that what we call conscience is simply instinct -- a subset of the desires and aversions common to high-order mammals.  Guppies eat their young, primates don’t; but if primates had endured some of the same evolutionary events that guppies have, then primates would probably find it pleasant too.

Although such views have the prestige of being called “objective” and “scientific,” they are really just materialist prejudices.  Science and objectivity ought to mean following the evidence where it leads, and the evidence points elsewhere.  Take the sort of denial that calls conscience a social construct:  It doesn’t explain our sense that conscience has authority over us; it merely ignores it.  Conscience speaks with a different voice than constructs.  We can put on and take off our clothing styles, our architectural fashions, and even our religions and forms of government, but we cannot put on and take off our conscience.

I dislike child sacrifice, but if you were to suggest that I might someday come to like rolling infants into heated furnaces to placate the powers of fertility, I would be profoundly disturbed.  Why?  Because it would be wrong.  The content of a social construct is whatever we construct – it is all up to us.  But the whole idea of conscience is that it binds us whether we like it or not, and amazingly, we think that it should.  If we could make it up and change it to suit ourselves, then it wouldn't be conscience.  Even when we change our minds about some detailed point of right and wrong, we do so in consideration of deeper principles about which our minds cannot change.

The second sort of denial, which calls conscience a residue of upbringing, has a grain of truth because conscience is influenced by how we were taught.  But conscience is more than that; in fact it may command us to go against our childhood teaching.  Besides, the only way to teach anyone anything is to build on something already there.  “Don’t pull your sister’s hair,” mother says to Johnnie, “You know better than that.”  The whole force of her rebuke is that at some level he does know better.

You might say, “That only shows that at some point along the line mother must have taught Johnnie the golden rule.”  She may have; but how could she?  The only reason the child can understand such a teaching is that he can see for himself that he shouldn’t treat others as he wouldn’t want to be treated by them.

Finally, the evidence is against the third sort of denial, which calls conscience an evolved set of instincts.  For purposes of argument, let us suppose that instincts themselves really may evolve.  If you want to talk about kin selection as an explanation for why mammals help out their close relatives, go ahead.  But tell me:  Why should evolution have given me instincts, but then given me another thing that passes judgment on these instincts and can even override them?  Wouldn’t a mind which had resulted from pure natural selection instead merely find me ways to satisfy my strongest instincts?

Besides, if conscience really is just instinct, then why do we feel a need to dress it up as something else?  Evolutionary psychologist Robert Wright says “It’s amazing that a process as amoral and crassly pragmatic as natural selection could design a mental organ that makes us feel as if we're in touch with higher truths.  Truly a shameless ploy.”  Philosopher Michael Ruse and sociobiologist E.O. Wilson write that “our belief in morality is merely an adaptation put in place to further our reproductive ends.... ethics as we understand it is an illusion fobbed off on us by our genes to get us to co-operate (so that human genes survive).... making us think that there is an objective higher code to which we are all subject.”  The premise of such arguments is that by thinking that we perceive meaning in our lives, we will be more strongly motivated to do the things which enable us to live long enough to pass on our genes – including, of course, the genes that make us look for this meaning.

These poor fellows are reasoning in a circle.  The perception of meaning would strengthen the motive to do those things only if we possessed a preexisting need to perceive meaning – only if we lost interest in living if we didn’t perceive it.  Now I ask you:  What adaptive value could there possibly be in a need to perceive a meaning that isn’t there?  Rather than first producing animals who lose their will to live unless they see what isn’t there, then making them think they do see what isn’t there, why didn’t natural selection produce animals who have a will to live without seeing what isn’t there?  A reasonable person, not blinded by materialism, concludes that we seek meaning not because it helps smuggle our genes into our descendants, but because there is meaning – and we are made with a view to finding it.