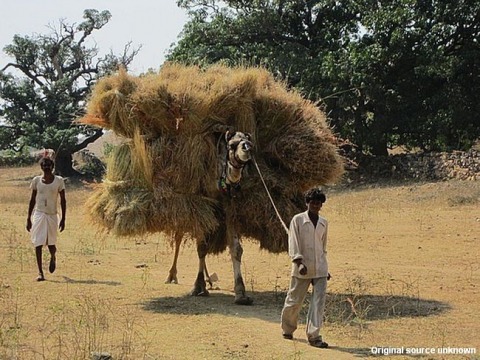 Most of the founders of the Republic took for granted that it was impossible to maintain a decent political order without good moral character on the part of both the citizens and the rulers.  Some, like John Witherspoon, went so far as to think that we always get exactly the government we deserve.  As he wrote, “Nothing is more certain than that a general profligacy and corruption of manners make a people ripe for destruction.  A good form of government may hold the rotten materials together for some time, but beyond a certain pitch, even the best constitution will be ineffectual, and slavery must ensue.  On the other hand, when the manners of a nation are pure ..., the attempts of the most powerful enemies to oppress them are commonly baffled and disappointed.”

On the other side were those like Alexander Hamilton, who certainly thought that virtue is important, but held the view that constitutional devices such as checks and balances might enable us to get a somewhat better government than we deserve.  After agreeing that dependence on the wholesome motives of the people is a good thing, he added, “Experience has taught mankind the necessity of auxiliary precautions.  This policy of supplying, by opposite and rival interests, the defect of better motives, might be traced through the whole system of human affairs, private as well as public.  We see it particularly displayed in all the subordinate distributions of power, where the constant aim is to divide and arrange the several offices in such a manner as that each may be a check on the other that the private interest of every individual may be a sentinel over the public rights.”

Far more optimistic than even the most optimistic of the Americans, the Englishman David Hume had argued earlier in the century that a well-designed regime is not particularly reliant on virtue at all:  “I ... should be sorry to think, that human affairs admit of no greater stability, than what they receive from the casual humors and characters of particular men .... All absolute governments must very much depend on the administration; and this is one of the great inconveniences attending that form of government. But a republican and free government would be an obvious absurdity, if the particular checks and controls, provided by the constitution, had really no influence, and made it not the interest, even of bad men, to act for the public good.”

Curiously, although almost all of the Founders considered virtue much more important than Hume did, Hume’s view is the one in vogue today.  We blithely assume that no matter how shabby our own character and how debased the character of our statesman, a well-designed republic will get along just fine, cranking out justice and upholding the common good – “the system works.”

Let us take care not to load down the camel’s back with one straw too many.

As another wise man wrote, “Now it is best that there should be a public and proper care for such matters; but if they are neglected by the community it would seem right for each man to help his children and friends towards virtue, and that they should have the power, or at least the will, to do this.”

On the same topic:

Politics of Virtues, Government of Knaves