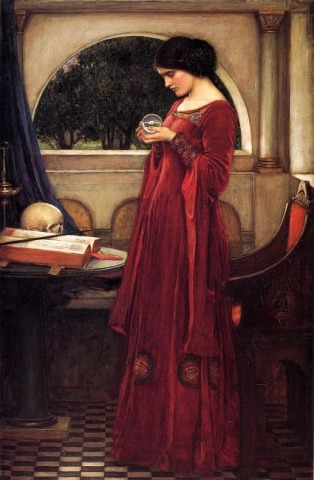 What we call the U.S. Constitution is really our second constitution.  The first, drafted during the War of Independence, was called the Articles of Confederation.  So the battle over the ratification of the Constitution was not over whether the thirteen colonies should unite, because they were already united.  It was about how to improve their cooperation.

Amending the Articles of Confederation was quite difficult.  After the Continental Congress called a constitutional convention to streamline the process of drafting amendments, the convention violated its instructions, threw the Articles out the window, and drafted a completely new instrument of unity without a ghost of authorization.  One side in the ensuing controversy, which came to be called Federalists, favored ratifying the new document.  The other, called Anti-Federalists even though they believed even more fiercely in federalism, favored rejecting it.  In the Anti-Federalist view, the proposed new Constitution was not only the product of an illegal conspiracy, but also dangerously flawed.

We know which side won.  But which side’s guesses were closer to the mark?   Judge for yourself.  Here are some Federalist and Anti-Federalist expectations about what would happen if the new Constitution was ratified.

Judicial power.  Federalists believed the judiciary would be the weakest branch of government; Anti-Federalists were convinced it would become ever stronger and more arbitrary, and that Congress would fail to keep it in check.

Judicial activism.  Anti-Federalists thought judges would become activists, continually increasing their own jurisdiction, ruling with less and less attention to what the Constitution actually says; Federalists denied this would happen

Elasticity.  Anti-Federalists thought Congress would abuse the "necessary and proper clause,” also called the “elastic clause,” to make laws about all sorts of matters that were supposed to be left to the states; Federalists foresaw no such thing.

Sensitivity of Congress to popular opinion.  Federalists thought the House of Representatives would be sensitive to every little change in the mood or opinion of the people, so that a wiser, more experienced, and more stable Senate would be necessary to keep the House in check; Anti-Federalists thought both Senate and House of Representatives would become increasingly distant from the people and indifferent to their concerns.

Congressional turnover.  Federalists thought there would be a great deal of turnover in every election to the legislature; Anti-Federalists though extreme turnover would be the exception, so that Congress would come to resemble a closed aristocracy.

Manipulation of elections.  Anti-Federalists thought that in order to manipulate electoral outcomes, Congress would abuse its power to revise state-drafted electoral regulations; Federalists denied this would happen.

Concurrent general powers of taxation.  Federalists thought giving a "general" power of taxation not only to states but also to the federal government would work fine; Anti-Federalists thought it would lead to such high federal taxes that the states would find it difficult to use the same methods to raise revenue, so that their independence would be placed at risk.

Cancellation.  Federalists thought the rise of majority factions – including political parties – would be prevented by the competition of opposing factions in Congress.  Anti-Federalists didn't buy this argument.

Presidential elections.  Federalists expected that in almost every presidential election, there would be a crowd of candidates, so that the Electoral College would merely winnow the field, with the final decision being made by the House of Representatives -- the result being a compromise in which large states would dominate in the first phase of selection, but large and small states would be balanced in the second.  I don't know whether any Anti-Federalists expressed views on the matter.