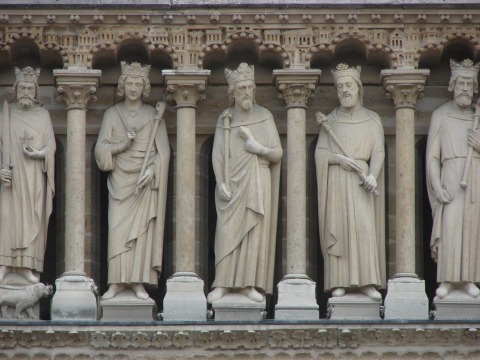 What do you think of the Catholic movement called integralism?

You won’t like this, because if you frame the question that way, I can’t answer it.

Integralism is supposed to be an opinion concerning the proper role of the Church vis-à-vis the state.  But it is also said to mean the rejection of certain other isms, the embrace of something called the “throne and altar” view, and lots of other things, and the various definitions are not consistent.

The most important thing I can say to people on all sides of these debates is that we need to argue more carefully.  It is extraordinarily difficult to state precisely either what either integralists are for, or what their opponents are against, because crucial distinctions are so often overlooked – almost always by non-Christian scholars, but often by Christian scholars too, both Protestant and Catholic.

For example, concerning the status of the Church in the modern state, it is one thing to ask whether it would be good for the state, while protecting religious liberty, to recognize in some sense the divine mission of the Church (yes), but quite another to ask whether under all circumstances the Church must seek such recognition (no).

For that matter, the very phrase “recognition of the divine mission of the Church” may mean different things.  Are we speaking of declaring Christmas a national holiday, inventing a new national holiday called Thanksgiving, inscribing a cross on the coinage, requiring that the Decalogue be taught in public schools, requiring that its divine origin be taught along with it, forbidding blasphemy, or what?  These are very different kinds of things.

The same goes for terms such as “coercion.”  All law coerces, but not in the same way.  Are we thinking of making people do something, forbidding them from doing something, telling them that if they do it then they must do it in a certain way, commanding public officials not to forbid people from doing it, or something else?

Sometimes the use of “ism” words is unavoidable – I use them myself -- but in a case like this one, I try to avoid them.  Instead of expressing an opinion about integralism – a term which means too many different things -- I prefer to say “Here is what I think about the proposition that ....”