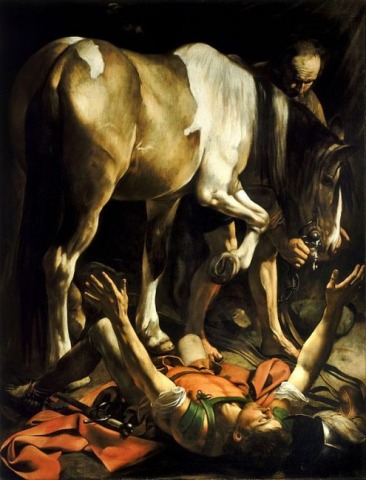 I number myself as a drop in the flood of formerly Evangelical Protestant scholars and writers who have become Catholic in recent decades.  The purpose of this post is not to boast that we are right, and I certainly don’t want to bash the Evangelical community, among whom I first heard the Gospel as a child.  God bless you.

But in the interests of ecumenical understanding, and with all respect, I think Evangelicals who criticize the motives of Catholic converts ought to work harder at getting them right.

Just now I read yet another article in an Evangelical outlet trying to explain why people become Catholic.  A number of motives were suggested:  That Catholicism is older and more traditional, that its liturgy is beautiful, and that the clarity of its teachings makes people feel secure.

Never was it suggested that we might simply find Catholicism more convincing -- that we may have concluded that what the Catholic Church teaches is simply true.

Wouldn’t these critics be miffed if someone suggested that people become Evangelicals only because Evangelicalism is a recent development which breaks with tradition, that it has bouncy worship services, and that the Evangelical belief that “once saved, always saved” makes people feel secure?

Not that the antiquity, tradition, and doctrinal clarity of the Catholic Church don’t matter to Catholic converts; of course they do.  The question, though, is not whether they carry weight, but what sort of weight they carry.  Protestants believe that the Catholic Church has distorted the Gospel since earliest times.  Yet when we converts studied the ancient Christian writers, it seemed to us that a different picture emerged.  Catholic doctrine appeared to have developed continuously and faithfully since the time of the Apostles.  Even if our critics think we were mistaken, they should try to see that we were not pursuing the antiquity, tradition, and doctrinal clarity of the Church instead of the truth, but for the sake of the truth.

The same goes for liturgy.  Beautiful words and sacramental actions devoid of truth would not be an argument for the Church.  What we found, though, was that the content of the liturgy was profoundly resonant with the Word of God, and that we experienced the presence of Christ more powerfully in Catholic worship than we had ever experienced it before.  The strange surmise crept over our minds that the Church may be just what she says she is.

How dreadful it would have been to prefer beauty above truth.  But how good to see more of truth’s beauty.