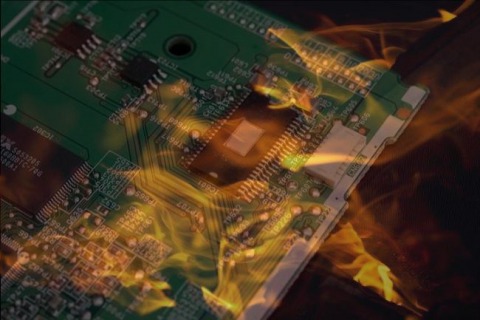 I see in the news that the government is clamping restrictions on the use of electronic parts supplied from abroad for use in our electrical power grid.  The purpose, of course, is national security.  One would not want the grid to be hacked by a hostile foreign power.

This raises an interesting question.  We have long known that all sorts of crucial domestic systems, not just the power grid, are vulnerable to being hacked.  In fact, there already have been numerous intrusions and thefts of information on a small scale, as though our defenses were being tested.  We have adversaries who might take great satisfaction in seeing our fragile setups collapse.  Why then hasn’t that happened already?

One possibility is simply that they aren’t ready.  Another possibility is that the ability to crash our systems is cherished not as a first-strike weapon but as a last resort; hostile powers might hesitate to do us too much damage, because in an interlocked global economy their own countries would suffer too.

But there is another reason besides unpreparedness and fear of economic harm why hostile powers might hesitate to bring us down.  Even though our government is not very good at protecting the country against foreign hackers, it is no slouch at hacking hostile foreigners.  For example, the United States and Israel are widely believed to have collaborated on the development of the subtle Stuxnet computer worm that damaged the centrifuges used by the Iranians for processing nuclear fuel back in 2010.

The stalemate among the competing hackers of the various great powers brings to mind the old theory of Mutual Assured Destruction, called MAD, current at the height of the nuclear arms race between the United States and the Soviet Union.  “We too have nuclear weapons and ICBMs, and we can launch ours before yours arrive.  Be sure that if you destroy us, within minutes you too will be destroyed.”

Some of those involved in security debates opposed (and still oppose) the development of defenses against incoming missiles, on grounds that no one will murder if he knows without a shadow of doubt that by doing so he will accomplish his own suicide.  The devil is in that shadow of doubt!  But leaving aside the devil -- can one ever leave aside the devil? – the theory holds that the utter, helpless vulnerability of each nation to every other is the only hope of peace.  Let us all brandish razors, and all bare our throats.

I wonder whether those who take this view will oppose the development of greater computer security for the same reason.