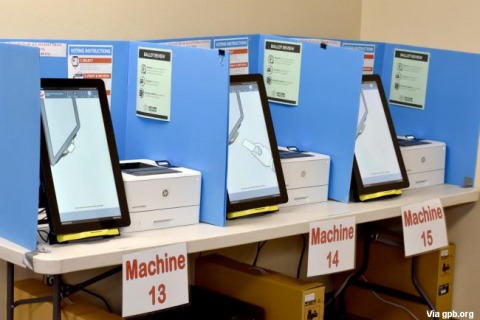 I didn't vote for Trump in 2016 but will probably do so this time.  And in my view, to characterize evangelical Trump voters like me as fear-driven, power-hungry pragmatists is very unfair.  It's not too far removed, I think, from Obama's “bitter clingers” dismissal.  In any event, even though I often talk about this, I’ve realized that I don't have a clear idea in mind about where the line lies between inviolable principle and prudential calculation.  Presumably there are politicians so bad one simply could not vote for them, even though voting for Trump seems to me to be in the lesser of two evils category.  But I'm not sure what defines the line between principled abstention and prudent tactical support.  When is bad character simply disqualifying, no matter the badness of the alternative?  I poked around on your blog to see if you had written a post on this question, but I didn't find anything exactly on target.

Excellent questions.  Thank you for prodding me to respond.

The first consideration concerns intrinsic evils – acts that are evil not just because of their results, but in themselves, so that no result whatsoever could justify them.  These are the ones about which our great thinkers have said, “Let us not do evil so that good will result.”  An intrinsic evil must never be willed, either as a means to an end or as an end in itself.  For example, I must not commit an abortion either because killing the baby would limit the family size, or because I just want the baby dead.

But you aren’t asking about committing an evil.  You are asking about cooperating with its commission.  Let’s make some distinctions.  A politician who believes in abortion and therefore votes to keep it legal isn’t committing the act, but he is formally cooperating with the act.  One is also formally cooperating in abortion if one believes in it and votes for the politician in order to promote it.  Such cooperation is called “formal” because one is a willing accomplice; will or intention is the crucial element.  Here the principle is that formal cooperation in intrinsic evil is also intrinsically evil.

Suppose that even though the voter says he doesn’t support abortion, there is no way to distinguish the object of his intention from the object of the politician’s intention.  For example, the politician may support abortion, and the voter may say “Though I am personally opposed to abortion, I am pro-choice” -- but in fact they both intend that people have the liberty to kill babies.  This is still formal cooperation, and so it is still intrinsically evil.  However, it is called implicit formal cooperation, because the intention is not admitted but implied.

But suppose that although the voter doesn’t want abortions to be permitted, he votes for the politician in order to achieve some other end -- an end that is distinct from abortion, and to which abortion is not a means.  This is called material cooperation.  The term “material” signifies the fact that permitting the liberty to kill babies is not the intention of the one who is voting for the politician, but only a foreseeable consequence of electing him.  Material cooperation can be more or less remote.  In the case of voting for a politician, it is usually considered remote.

Is remote material cooperation allowable?  Only if two conditions are satisfied:  First, there must be a “proportionate reason.”  In this case that would mean that more evil would result from not electing the politician than from electing him.  Second, it must be possible to avoid “scandal,” which means that I must avoid not only evil but the appearance of evil.  If, by campaigning for the candidate, I give the impression of supporting intrinsic evil, then even if this impression is unintended, I am still committing scandal because of the evil influence on others.

Suppose someone were to decide that he was opposed to a particular candidate because of the candidate’s support of, say, for abortion, but that he would vote for him anyway because of his support for, say, universal single-payer health insurance.  In this case, the condition of “proportionate reason” would not have been satisfied.  After all, the question of whether public health is better supported by private or public insurance is a prudential judgment; it is not intrinsically evil to support either approach, even if one is mistaken, and it is hard to see how defects in the system of insurance can be more important than ending the deliberate killing of innocents.

You mention character, which is more important than most issues, though not so important as to override support for intrinsic evils.  It seems to me that in the present campaign, as in 2016, both presidential candidates are sneerers, mockers, and boasters, though one displays his bad character in ways that the political classes don’t mind, while the other displays his in a way that they do.  I now think that in that previous election year, I did not take this fact seriously enough, and I regret it.

As to what the respective candidates want to do, things seem to me pretty clear.  Mr. Biden enthusiastically supports several intrinsic evils, abortion being but one of them.  His support for this atrocity is even more horrifying because he claims that it is compatible with being a faithful Christian.  Thus, not only is he committing deadly sin, but he is dragging legions of others into it with him.  Despite Mr. Trump’s offensive style, so far as I am aware he has not given political support to anything like the deliberate taking of innocent lives; in fact he has opposed it.  In 2016, I thought there was good reason not to believe him about that, and I abstained.  Since then, though, he has consistently demonstrated that he meant it after all.

When there is an alternative, it is gravely difficult to find some “proportionate reason” justifying the remote material cooperation with evil involved in voting for a proponent of the liberty to kill babies.  What is worse than willfully facilitating millions of infant deaths?  The genocidal murder of the entire population of Canada would be, but no one has proposed anything like that.  Yet.

In short, in the classical analysis the question of whether someone is “too bad to vote for” depends --

In the population at large, clear thinking about these profoundly important matters is in short supply.  The distinction between intrinsic evils and merely bad prudential judgments is not often made.  Sheer, dull familiarity with abortion – along with the fact that the child in the womb is invisible – has dulled our awareness of just how heinous it is that we kill off a quarter or a third of our own little ones.  Even people who consider themselves pro-life do not always think through how vile abortion really is, for in-the-womb infanticide is not merely one issue among others.  If we can destroy the weak, the small, and the innocent -- even our own flesh and blood -- we can do anything.

I do mean anything.  For many other dreadful things are going on, and that is no accident.  In discussing abortion, I have only focused on the worst.  The natural order of marriage is under attack.  One who says there are two sexes is treated as a leper.  Race hatred has come to be viewed as a means of advancing racial justice.  Social distancing is demanded, except for rioters.  The big lie is considered politics as usual.  So is the continuous small lie – lying about everything as a matter of policy.  With the willing cooperation of their practitioners, many areas of science have been perverted to political ends.  University colleges of liberal arts are becoming instruments for crushing the study of the liberal arts.  Convinced of their merits, contemptuous of ordinary people, our political classes quite obviously no longer believe in a republic, and are willing to subvert the administration of justice to destroy a president who isn't one of theirs.  An astonishing number of their supporters wish painful death to him, and say so.  Instead of shouting all this from the rooftops, most journalists do their best to push from the rooftops anyone who might be tempted to climb up there and speak.  Cowardice is the order of the day.  Few are willing to be shamed for opposing the shameful.

If we can swallow moral atrocities, I think all these other evils are only to be expected. They are connected; they are parts of the galloping moral senility of the culture.  Having let go our grip on right and wrong, we are suffering the natural consequences of doing so.  It is dreadful and scandalous, though in view of our moral illness not surprising, that the candidate standing in the way of that juggernaut is himself not a man of virtue.  But he is standing in the way.

Not that his doing so could be anything more than a delaying action.  Politics can guard and corrupt culture, but politics cannot restore culture.  What is needed is something more profound:  A change of heart.  Let each of us look to his own.