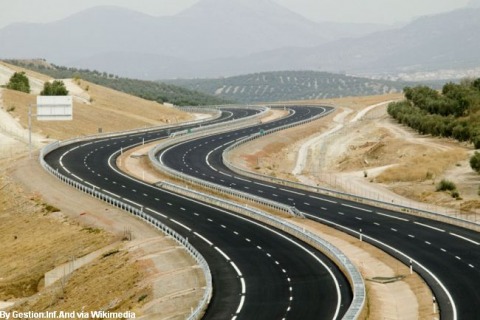 I’m puzzled about this because I don’t want to fall into thinking that law is nothing more than a decree by someone more powerful, with no necessary relation to natural law, reason, or goodness.

The Angelic Doctor is galaxies away from suggesting that divine laws have no necessary relation to natural law, reason, or goodness.  God is Law, Reason, and Good Himself, in person.  So let’s take apart St. Thomas’s statement.

Now to understand what he means when he says some acts are good because they are commanded and evil because they are forbidden, consider an analogy from the laws we humans enact.  It isn’t intrinsically evil to drive on the left.  On the other hand, it is intrinsically evil to neglect the safety of our neighbors on the roads.  Now we might provide for their safety by requiring everyone to drive on the right, or by requiring everyone to drive on the left, but we can’t have it both ways, or we will collide with each other.  Public authority has to make a choice, so it does.  Now it is evil to drive on the left (in my country, anyway), just because this is how public authority has settled the matter.  Driving on the right is now good because it is commanded.  This doesn’t mean that the rule has no relation to natural law, reason, or goodness.  On the contrary, the rule makes it possible to care for the safety of our neighbors, because now we aren’t working at cross purposes.  So the thing that is good because it is commanded -- is commanded for the sake of the thing that is commanded because it is good.  (Say that three times quickly.)